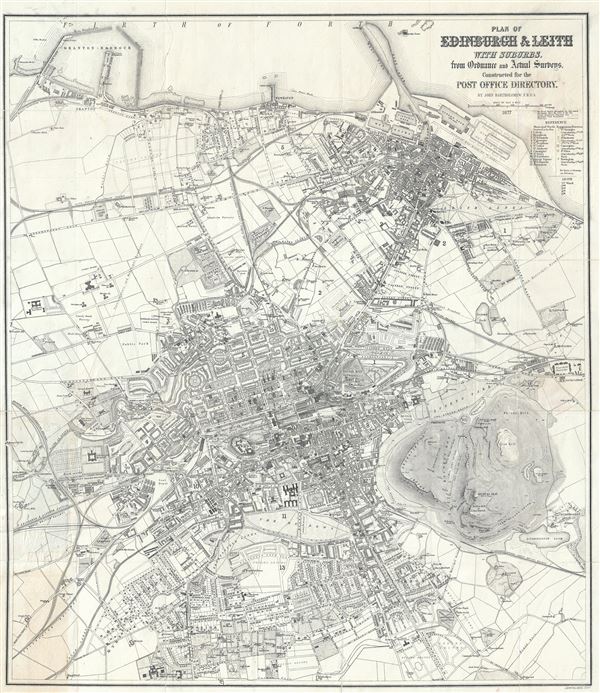 This is a beautiful 1877 map or plan of the city of Edinburgh and Leith, Scotland, by John Bartholomew. The map covers the city of Edinburgh, known as the 'Athens of the North' in exceptional detail from the Royal Edinburgh Lunatic Asylum (what is today the Royal Edinburgh Hospital) in Morningside, north to Granton Harbor and from Craigleith Hill east as far as Duddingston Loch. The map notes all streets, parks, individual buildings, municipal centers, rivers, docks, railways, canals, hills, lakes other topographical features and, of course, the city's many fine gold courses. Cartographically Bartholomew derived this chart from the Ordnance and Actual Surveys.

This map was created by John Bartholomew, F.R.G.S. from ordnance and Actual Surveys and was constructed for the Post Office Directory.

Very good. Minor wear along original fold lines and near lower left quadrant, where map was attached to binder. Some damage and repair near top margin. Professionally flattened and backed with archival tissue.
Looking for a high-resolution scan of this?