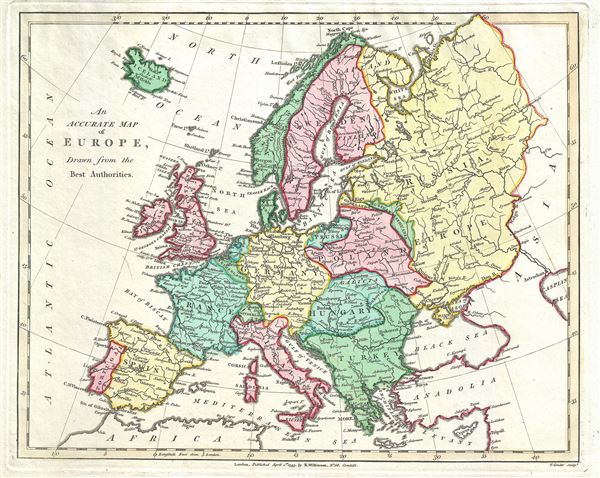 This is Robert Wilkinson's finely detailed 1793 map of Europe. It covers the entire European continent, including Iceland. It also includes western Russia and the Black Sea. Poland is shown with its traditional boundaries though by this point it had gone through no less than three partitions. The map is highly detailed labeling numerous cities, rivers, ports, mountains, and other topographical detail.

This map depicts Europe in the second year of the French Revolutionary Wars, which would soon sweep over much of Western Europe ushering in the Napoleonic era.

This map was engraved by Thomas Conder and issued as plate no. 3 in the 1792 edition of Robert Wilkinson's General Atlas.