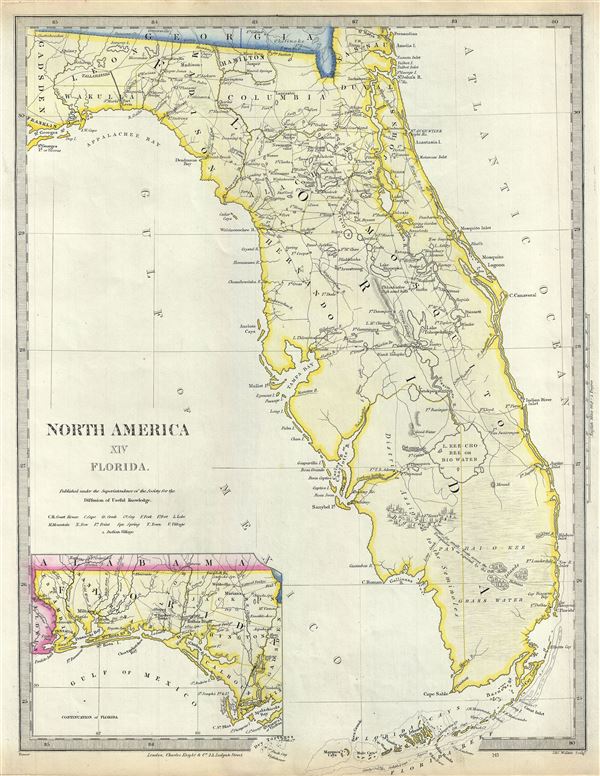 This is a beautiful 1848 full color edition of the S.D.U.K. map of Florida. It covers the state of Florida in its entirety with the westernmost portion depicted in an inset in the bottom left quadrant. The map identifies several Indian villages, forts, lakes, mountains, towns and a host of additional topographical features. The district assigned to the Seminoles is noted along with a 'Passage for small boats across the everglades as reported by the Indians' is here identified.

Just a few years after this map was issued, in 1855, Florida would become the seat of the Third Seminole War, the last of the three conflicts between the Seminole Indians and the United States Army. It resulted in most of the Seminole being forcibly removed from Florida, although some remain to this day, staunchly entrenched deep in the everglades.