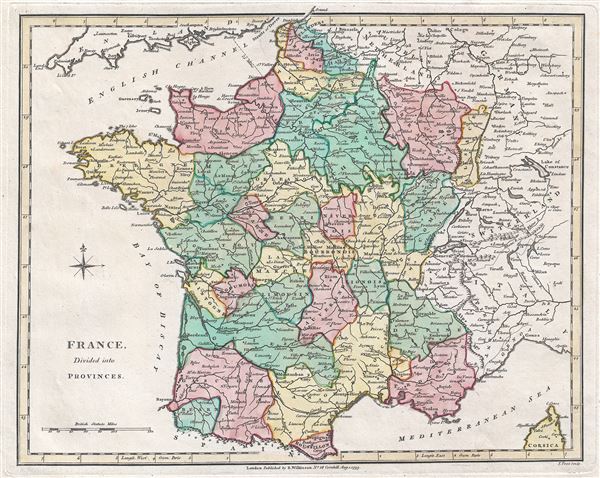 This is Robert Wilkinson's finely detailed 1793 map of France divided into provinces. France was organized into provinces until March 4, 1790, when the National Constituent Assembly reorganized the Provinces into Departments. The change was an attempt to eradicate local loyalties based on feudal ownership of land and focus all loyalty on the central government in Paris. There were roughly 40 provinces in France before they were abolished. Nonetheless, the province system was so engrained that most cartographers felt obliged to include two maps of France in their atlases, one showing the current department system, and another defining the defunct provinces

A great companion map to Wilkinson's 1794 map of France divided into departments from the same atlas. This map was engraved by Thomas Conder and issued as plate no. 26 in the 1792 edition of Robert Wilkinson's General Atlas.