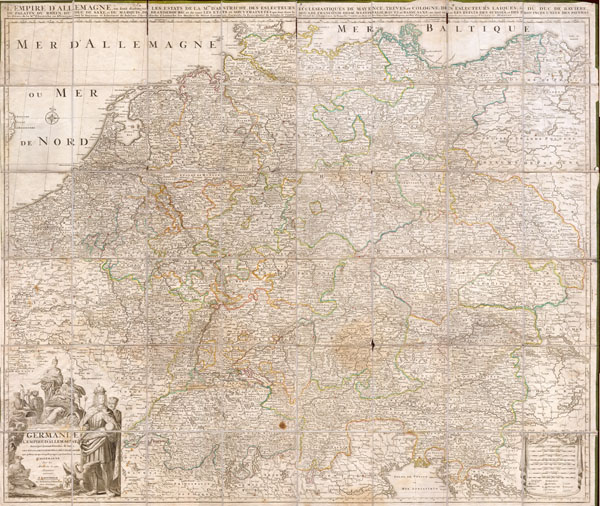 This is an extraordinary and gigantic c. 1730 map of Germany and the surrounding nations. Map is presented in case or pocket format on 48 linen backed panels. Covers most of what is today central Europe from eastern France and the Netherlands to Poland and Hungary to northern Italy and Greece. Large decorative cartouche in the lower left depicts both the royalty and trade riches of the region. Produced by the firm of Coven's and Mortier, undated by likely about c. 1730.

Very good condition. Original linen backing thin in some places, but map is otherwise clean.
Looking for a high-resolution scan of this?