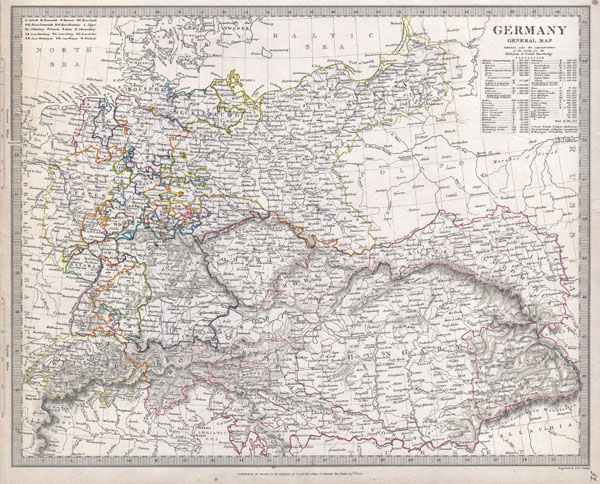 This is the Society for Diffusion of Useful Knowledge's attractive 1840 map of Germany. Covers Germany from the North Sea to Prussia and as far south as Switzerland and Hungary. As with most S.D.U.K offers superb detail and color coding according to district. A table in the upper right quadrant offers population statistics for different German regions. Prepared as plat no. 52 for volume 2 of the Chapman and Hall issue of the S.D.U.K. Atlas.