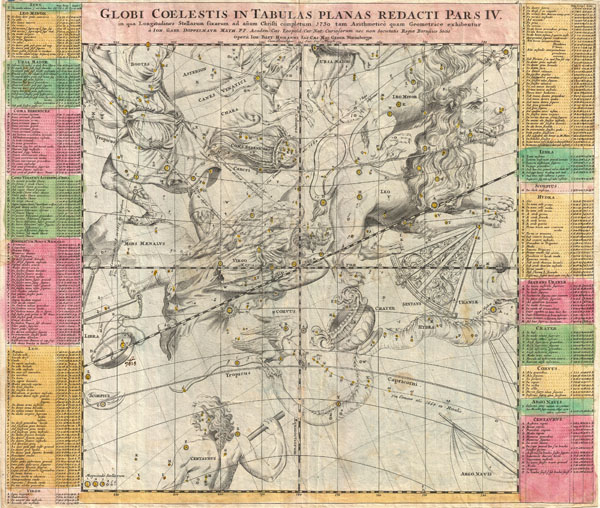 Published by J. B. Homann, this is a very nice example of DoppelmayerÂ's map of the constellations. Focuses on the Zodiac constellations of Leo and Virgo, though Bootes, Ursa Major, Chara, Hydra, Libra, and others and also visible. Each constellation is stunningly illustrated in 18th century German baroque style. Text toe the left and right of the map proper offers coordinates for the individual stars in each constellations which are identified via an alpha-numeric code. Issued as plate no. 20 in the 1742 edition of DoppelmayerÂ's Atlas Coelestis.

Good condition. In addition to the original centerfold this map also exhibits an intersecting horizontal fold. Verso suggests that it was previously mounted for framing. Else clean.