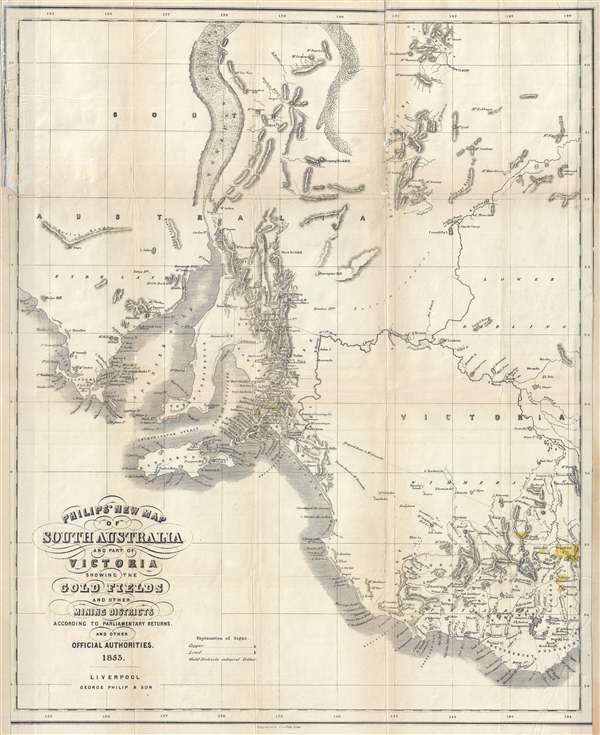 A remarkable and very rare 1853 map of the gold discoveries in South Australia and Victoria. The map covers from Coffin Bay to Cape Ottoway and as far north as Mount Hopeless. Major gold discoveries are highlighted in yellow, and these include discoveries near Adelaide on the Onkaparinga River and in Victoria along the Loddon River, near Mt. Freeth, Daisy Hill, on Creswell Creek, Mt. Boninyon, and Ballarat. Other mines, such as the Burra Burra copper mines are also identified. In addition, the map shows early railroad development between Port Adelaide and Adelaide.

This map accompanied John Capper's 1853 Emigrant's Guide to Australia. Although extremely rare today, the Capper Emigrant's Guide was popular in its day, going through at least three editions between 1853 and 1856.