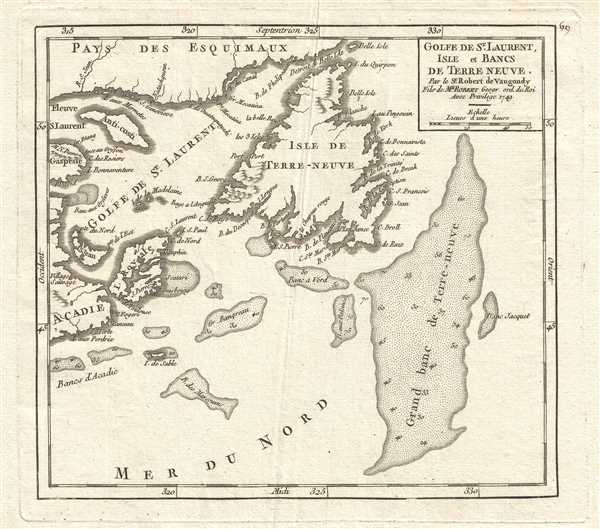 This is a 1749 Didier Robert de Vaugondy map of the Gulf of Saint Lawrence and Newfoundland (Isle de Terre-Neuve). The map depicts from the Saint Lawrence River (Fleuve S. Laurent), Quebec (Pays des Esquimaux), and New Brunswick (Acadie) to the Newfoundland shoal (Grand banc de Terre-neuve). Myriad locations along the coast of the island are identified, including several bays. Plaisance is identified on Newfoundland and Saint Pierre is labeled on Cape Breton Island. Several smaller shoals are depicted in the Atlantic near New Brunswick. Numerous smaller islands are labeled around the Gulf of Saint Lawrence and a handful of rivers are depicted, but none of them are labeled.