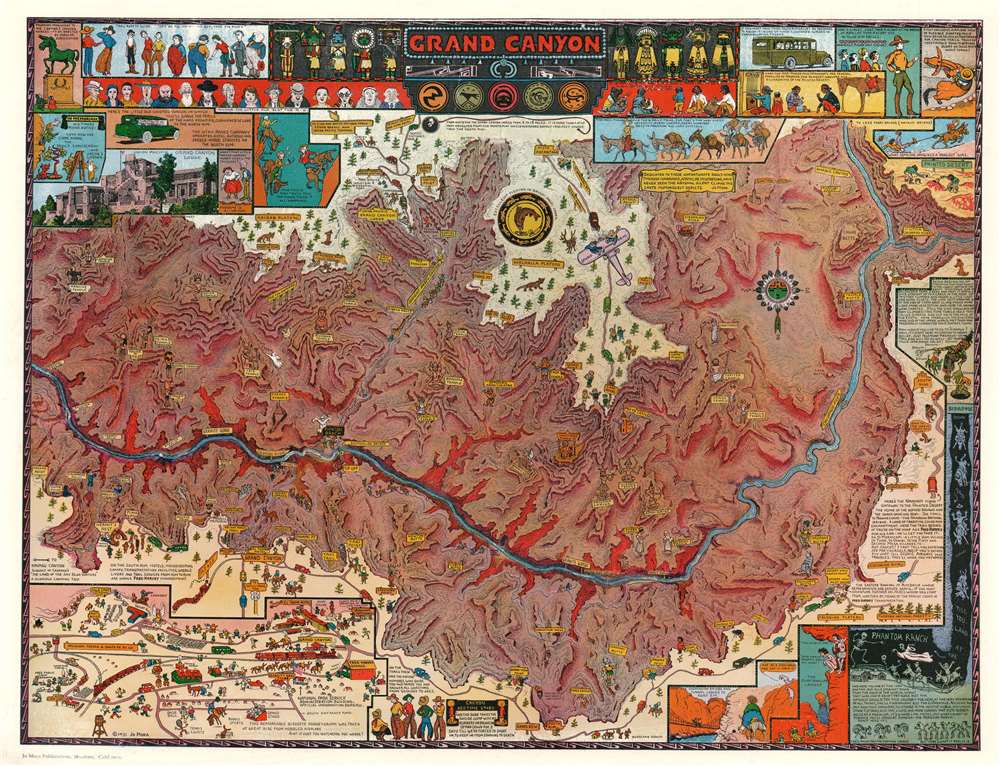 Beautiful pictorial map of the Grand Canyon by one of the great masters of the genra.
$300.00

A beautiful c. 1931 / 1957 pictorial map of the Grand Canyon by Jo Mora. Roughly following the Colorado River, the map covers the most visited parts of the Grand Canyon. Many of the Canyon's unique formations, which are named after a variety of figures form mythology, fairly takes, and folklore, are noted with pictorial representations of their namesakes. The borders of the map features numerous inset images that range from historical notes, to cultural illustrations, to humorous cartoon anecdotes.

This map was originally drawn and published by Jo Mora in 1931 - per the copyright. The present example bears the 'Jo Mora Publications' imprint in the lower left margin suggesting that this is the c. 1957 second state.

Good. Laid down on linen. Slight abraison to image.
Looking for a high-resolution scan of this?