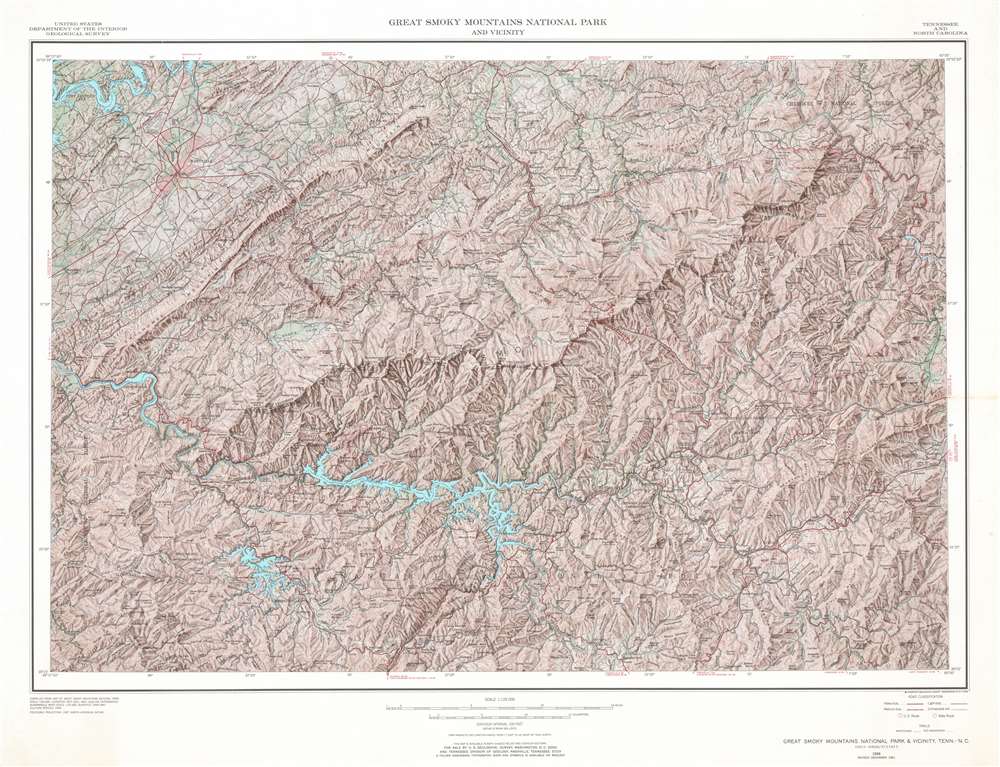 This is a 1968 U.S. Geological Survey topographical map of Great Smoky Mountains National Park and its vicinity. The map depicts the region from the Cherokee National Forest and the Tennessee River to the Pisgah National Forest and from the Bays Mountains and the Tennessee River to the Nantahala National Forest. Highly detailed, innumerable locations throughout the park and its vicinity are identified. Ridges, peaks, gaps, knobs, and tops are all labeled. The Appalachian Trail winds its way across the map, as do numerous other trails (both maintained and not) and roads of varying degree of improvement. Blue colored creeks, rivers, and lakes stand out against the brown terrain of the surrounding mountains. Towns are noted throughout the vicinity of the park, such as Sevierville and Maryville, Tennessee and Robbinsville, North Carolina. Counties are also noted.

This map was created by the United States Geological Survey and published in several editions beginning in 1949. The current example was published in 1968. This map is well represented institutionally but is uncommon in the private market.