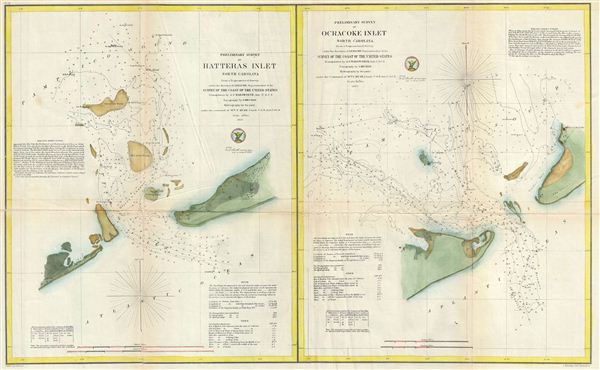 The triangulation upon which these charts were based is the work of A. S. Wadsworth. The topography for these charts was compiled by J. Mechan. The hydrography was accomplished by a party under the command of William T. Muse.

Bache, A. D., Report of the Superintendant of the United States Coast Survey, (Washington) 1857.

Very good. Some wear and toning on original fold lines. Minor repair upper right fold intersection. Some additional wear and creasing to left and right of main fold. Backed on archival tissue for stability.
Looking for a high-resolution scan of this?