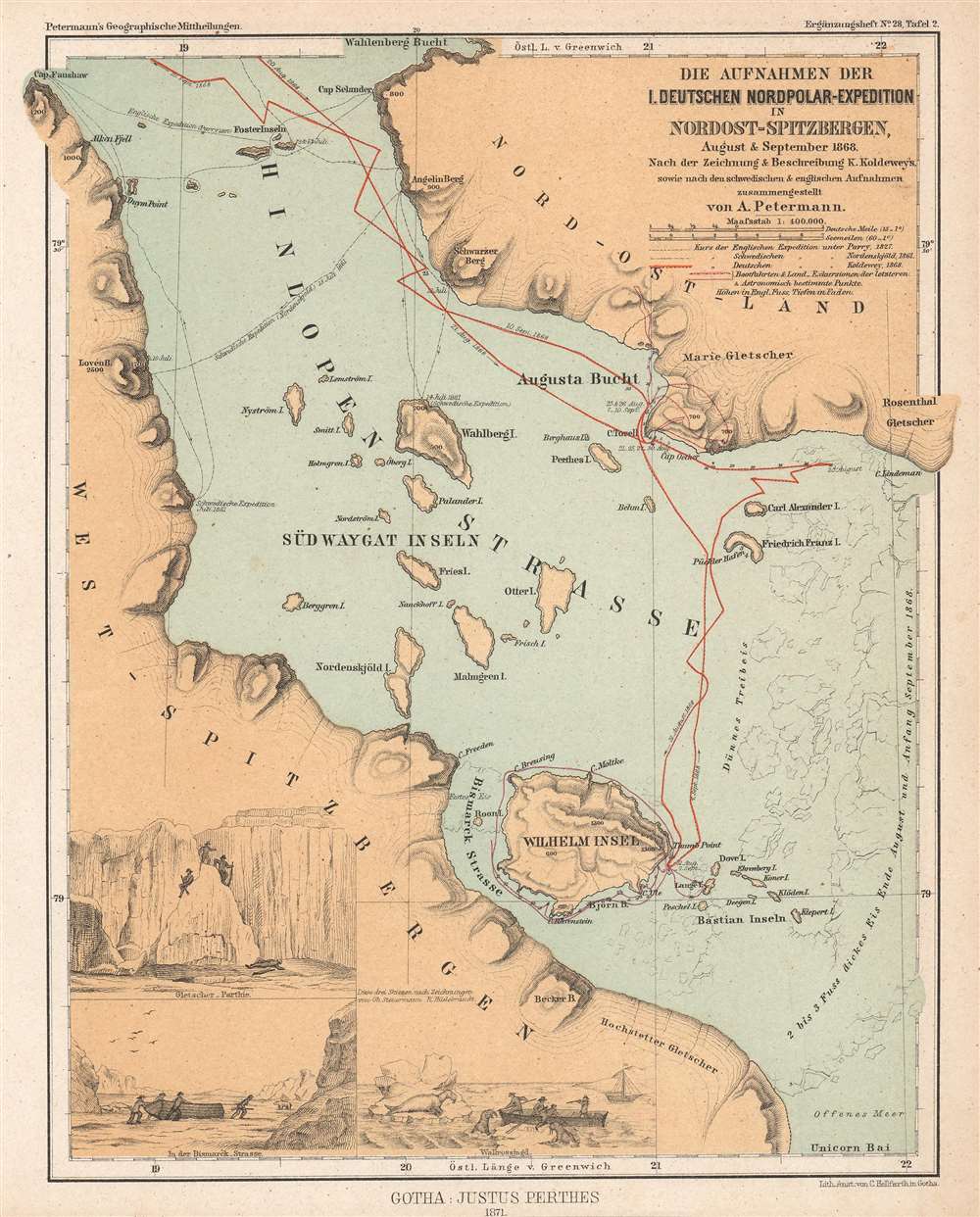 This is an 1871 Augustus Petermann map of Hinlopen Strait in the Svalbard Archipelago. Hinlopen Strait separates Spitsbergen and Nordaustlandet. The map highlights the route of the First German North Polar Expedition through the strait, which is often impassable due ice. Dates, anchorages, and shore excursions are noted, along with a handful of depth soundings. The 1827 English expedition led by Sir William Edward Parry (1790 - 1855) and the 1861 Swedish expedition led by Nils Otto Gustaf Nordenskjöld (1869 - 1928) are also traced. Three views appear in the lower left corner illustrate shore excursions, among them a walrus hunt.

This map was created by Augustus Petermann and published in 1871 by Justus Perthes for Die Erste Deutsche Nordpolar-Expedition im Jahre 1868. The book is well represented in institutional collections. Two examples of the separate map are cataloged in OCLC as part of the institutional collections at the British Library and the Bayerische Staatsbibliothek.