1817 Thomson Map of Holland (The Netherlands) 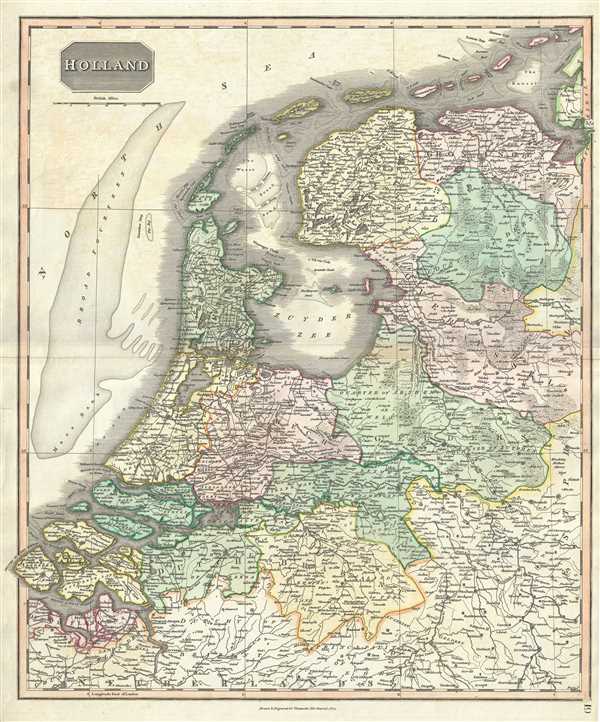 1817 Thomson Map of Holland (The Netherlands)

Early map of the Netherlands with beautifully rendered coastal features.

This beautiful hand colored 1817 map of Holland by Edinburgh cartographer John Thomson is beautifully engraved in the minimalist English style pioneered in the early part of the 19th century. The Broad Fourteen sandbar, scene of countless naval battles, is shown here by fine stippling. Relief is shown by hachure with towns, cities, and major topographical features identified. Thomson maps are known for their stunning color, awe-inspiring size, and magnificent detail. Thomson's work, including this map, represents some of the finest cartographic art of the 19th century. Prepared for inclusion in the 1817 edition of Thomson's New General Atlas. Note: The image above represents two separate sheets.