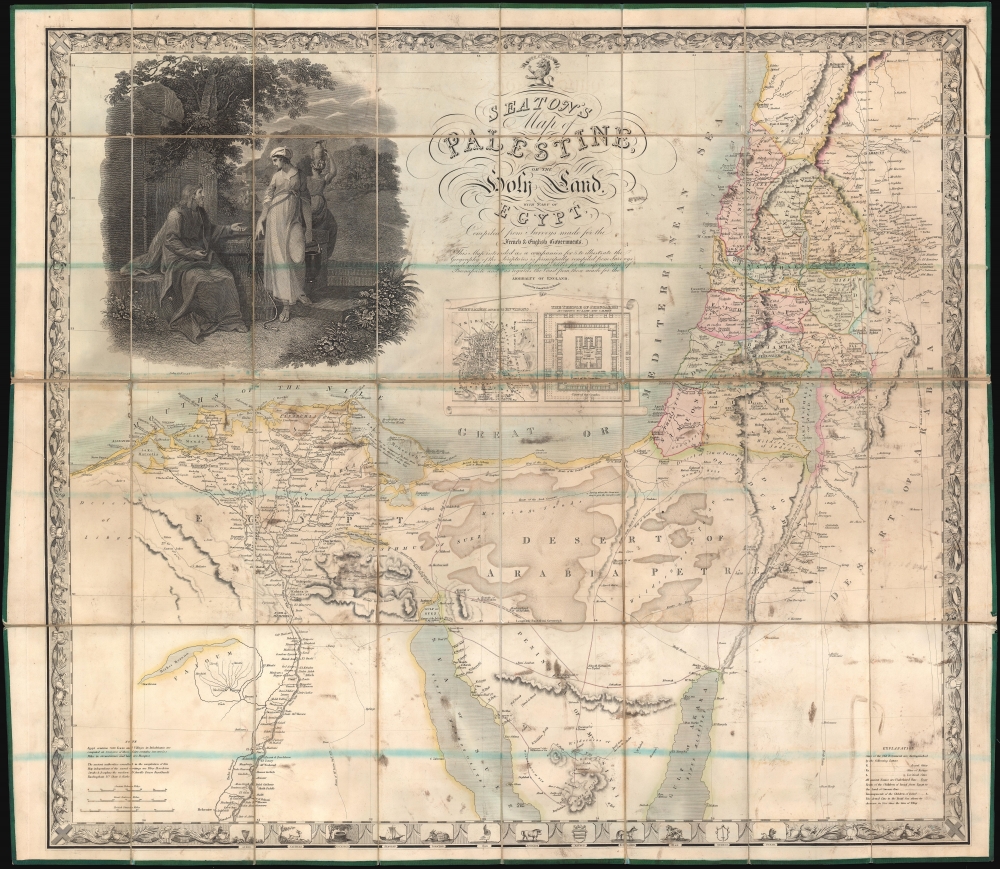 One of the most attractive 19th century maps of the Holy Land, this is a first edition example of Seaton's 1835 Seaton's Map of Palestine… Meant to illustrate events from scripture, the map covers northern Egypt and the Nile Delta, most of the Sinai Peninsula, the northern extremes of the Red Sea, the Gulf of Aqaba (or Eilat), all of modern day Israel and Palestine, and parts of Lebanon, Jordan, and Syria. Smaller inset planes detail the Temple and Jerusalem. The map is dominated by a large and impressive vignette engraving illustrating Jesus in a scene from the Gospel of John wherein he meets a Samaritan woman at a well in Sychar.

This map was published by Robert Seaton and engraved by Josiah Neele in 1835. The title suggests that the map was intended to accompany a companion volume, also by Seaton, but that was not published until 1836. The present example is the first edition. A second edition, with a revised title, A New Map of Palestine or the Holy Land with Part of Egypt was issued around 1853 to reflect new survey work in Egypt. Most examples are dissected and mounted on linen although wall map format issues are also known. The map is scarce to the market, but well represented institutionally.