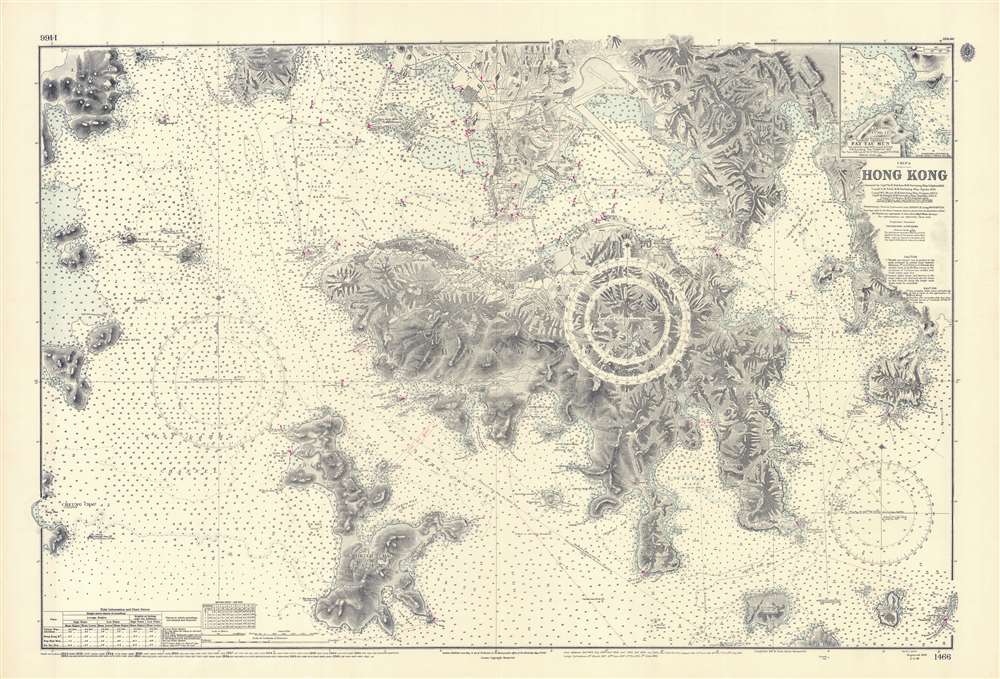 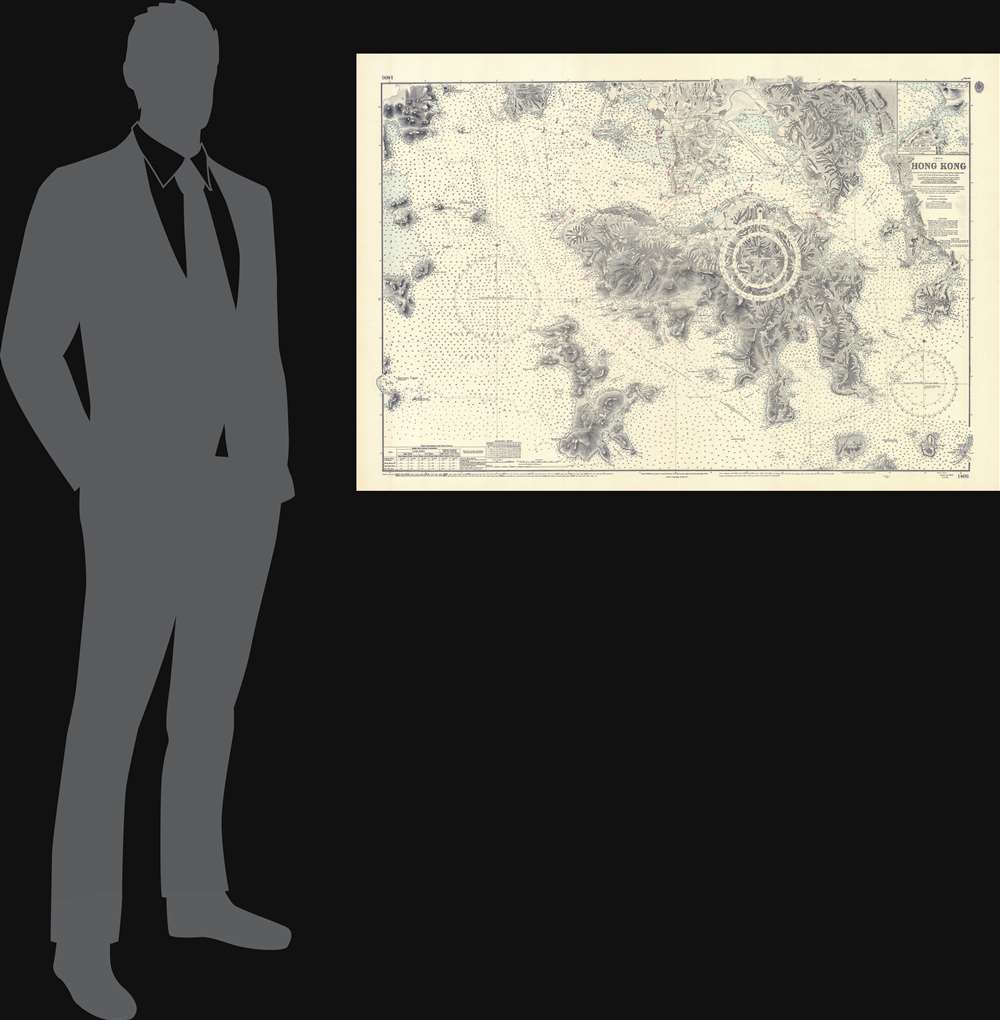 An iconic map of the utmost importance and rarity, this is the 1966 issue of Edward Belcher's 1843 nautical map of Hong Kong (香港) and vicinity. The map covers all of Hong Kong Island (香港島) as well as the Kowloon (九龍) Peninsula and, either in part or full, the adjacent island of Lan Tao (大嶼山), Peng Chau (坪洲), Hei Ling Chau (喜靈洲), Lamma (南丫島), Sheung Sze Mun (雙四門), Po Toi (蒲苔羣島), and Tung Lung Chau (東龍洲). Detail throughout is impressive, refined to the level of individual buildings, especially Victoria, Central, and on the Kowloon Peninsula. Belcher's work was so impressive that, although updated countless times, the base map, as here, remained unchanged for over 100 years.

Belcher's 1841 study is the first detailed British survey of Hong Kong and played a significant role in the British acquisition of the Crown Colony. Belcher surveyed Hong Kong Island and harbor after landing the bombing and surveying vessel H.M.S. Sulphur on Possession Point on January, 26, 1841, at the height of the First Opium War (1839 - 42). Belcher's was the first British fleet to land on and take possession of Hong Kong for the British Crown. Belcher may have been unaware of the long-term significance of his conquest, but he was certainly a keen observer and recognized Hong Kong's strategic significance and commercial potential. As such, his impressive map, first published in May of 1843, set the standard upon which most subsequent nautical charts of Hong Kong were based well into the 20th century.

This chart has a long publication history and appeared in many editions, all of which are today exceedingly rare. The basic cartography dates to Belcher's original 1841 survey, which was not published until 1843. Corrections and revisions were added consistently for more than 100 years of publication. The original editions were printed by J. and C. Walker. Later, as here, the British Admiralty Hydrographic Office took over publication internally. In most states, this is Admiralty chart no. 1466. All examples of this chart in all editions are extremely rare.