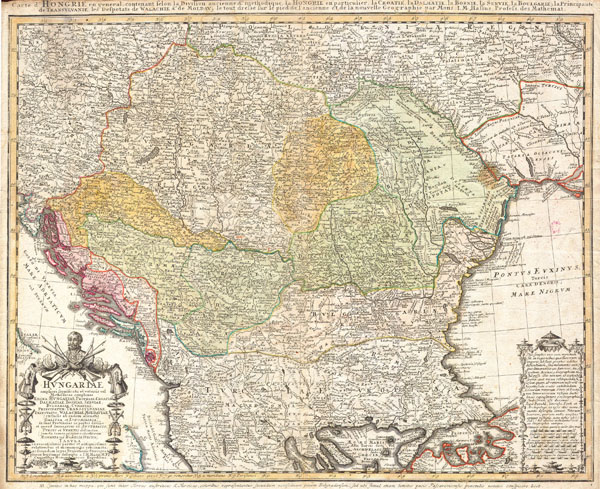 A stunning 1752 Homann Heirs hand colored map of Hungary, northern Greece, and the Balkans. Expansive view of the region which covers modern day Hungary, Croatia, Macedonia, Albania, the Slav republics and Romania south to the northern parts of Greece, bounded by the Adriatic and Black Seas. Includes an uncolored decorative title cartouche on the bottom left hand corner of the map.