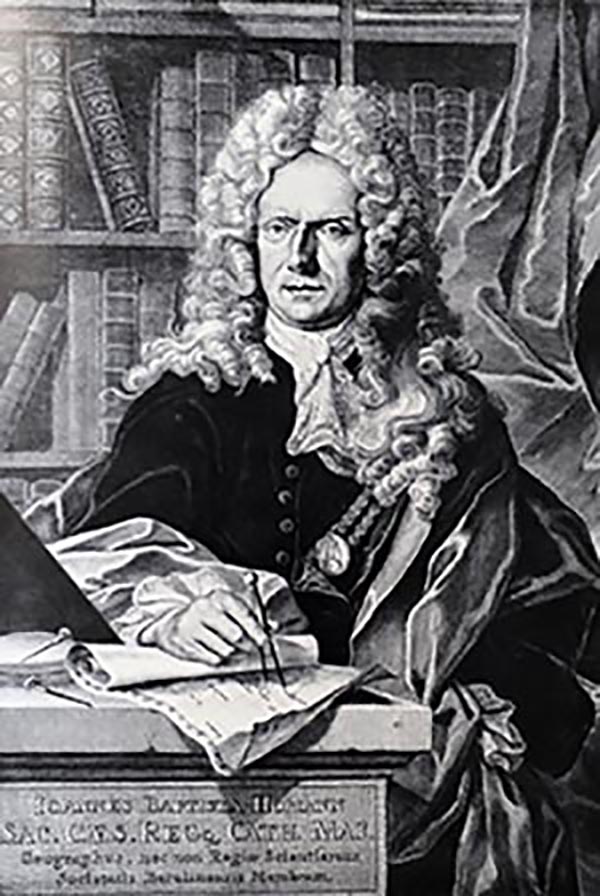 Homann Heirs (1730 - 1848) were a map publishing house based in Nurenburg, Germany, in the middle to late 18th century. After the great mapmaker Johann Baptist Homann's (1664 - 1724) death in 1724, management of the firm passed to his son Johann Christoph Homann (1703 - 1730). J. C. Homann, perhaps realizing that he would not long survive his father, stipulated in his will that the company would be inherited by his two head managers, Johann Georg Ebersberger (1695 - 1760) and Johann Michael Franz (1700 - 1761), and that it would publish only under the name 'Homann Heirs'. This designation, in various forms (Homannsche Heirs, Heritiers de Homann, Lat Homannianos Herod, Homannschen Erben, etc..) appears on maps from about 1731 onwards. The firm continued to publish maps in ever diminishing quantities until the death of its last owner, Christoph Franz Fembo (1781 - 1848).

1796 Homann Heirs Map of the West Indies or Caribbean Islands

1737 Homann Heirs Map of New England, Georgia and Carolina, and Virginia and Maryland