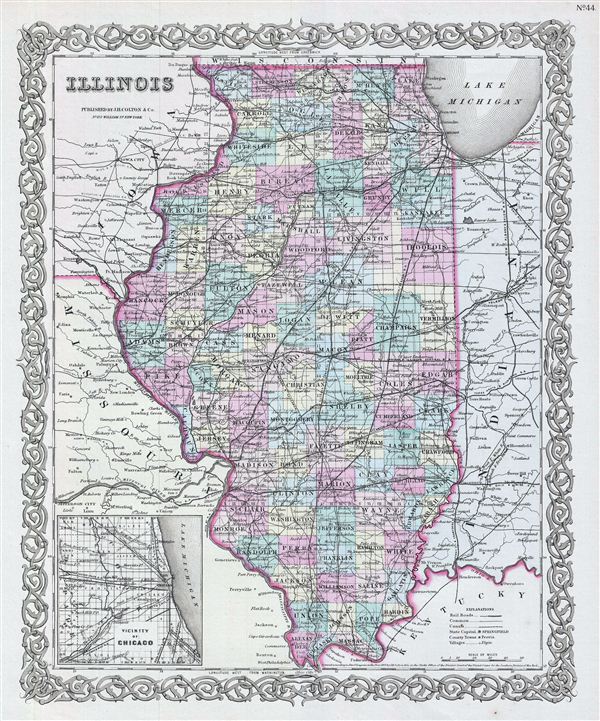 An excellent 1855 first edition example of Colton's map of Illinois. Like most of Colton's state maps, this map was derived from an earlier wall map of North America produced by Colton and D. Griffing Johnson. The map depicts the state of Illinois along with parts of neighboring Iowa, Missouri, Indiana and Kentucky. An inset in the lower left quadrant focuses on the vicinity of Chicago. The map also delineates survey grids and plats referencing the work of the U.S. Land Survey.