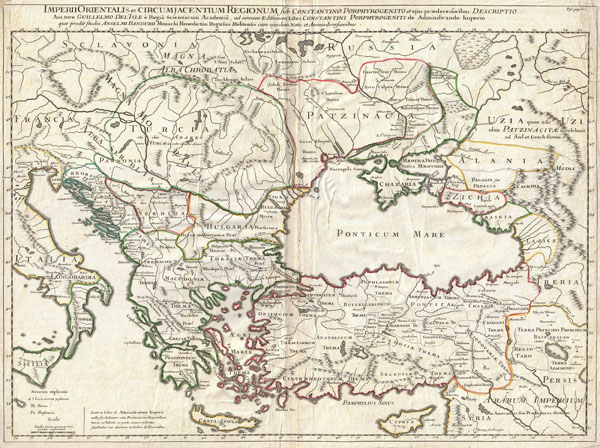 A very attractive c. 1715 example of Guillaume De L'Isle's map of the Eastern Roman Empire under Constantine (c. 330 AD). Depicts from eastern Italy and Sicily eastwards as far as the Black Sea, and modern day Armenia. Includes Crete, Cyprus, all of the Balkans, and parts of Russia. Offers wonderful detail with historical notes, cities and topographical elements shown in profile, and historical notes where appropriate. Prepared as plate 32 for De L'lsle's 1718 reissue of his important Atlas de Geographie.