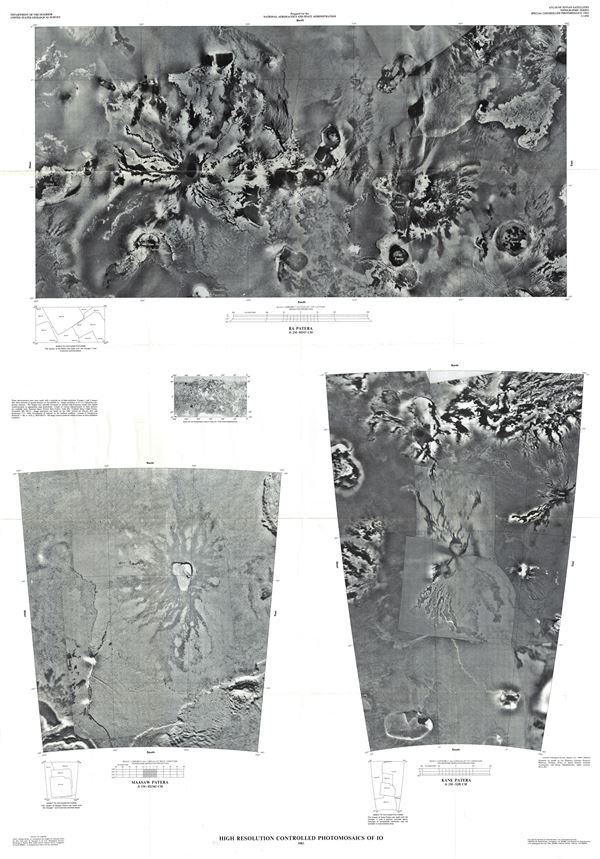 This is an impressive 1983 pictorial map or photomosaic of Jupiter's innermost moon, Io, issued by the U.S. Geological Survey. These photomosaics are compiled from images from the Voyager 1 and 2 missions. Divided into three sections, it features the Ra Patera, the Maasaw Patera and the Kane Patera. A patera or paterae are volcanic depressions that are found throughout the surface of Io.

This map was prepared for the National Aeronautics and Space Administration and published by the U.S. Geological Survey as Atlas of Jovian Satellites Topographic Series Special Controlled Photomosaics map I-1494.