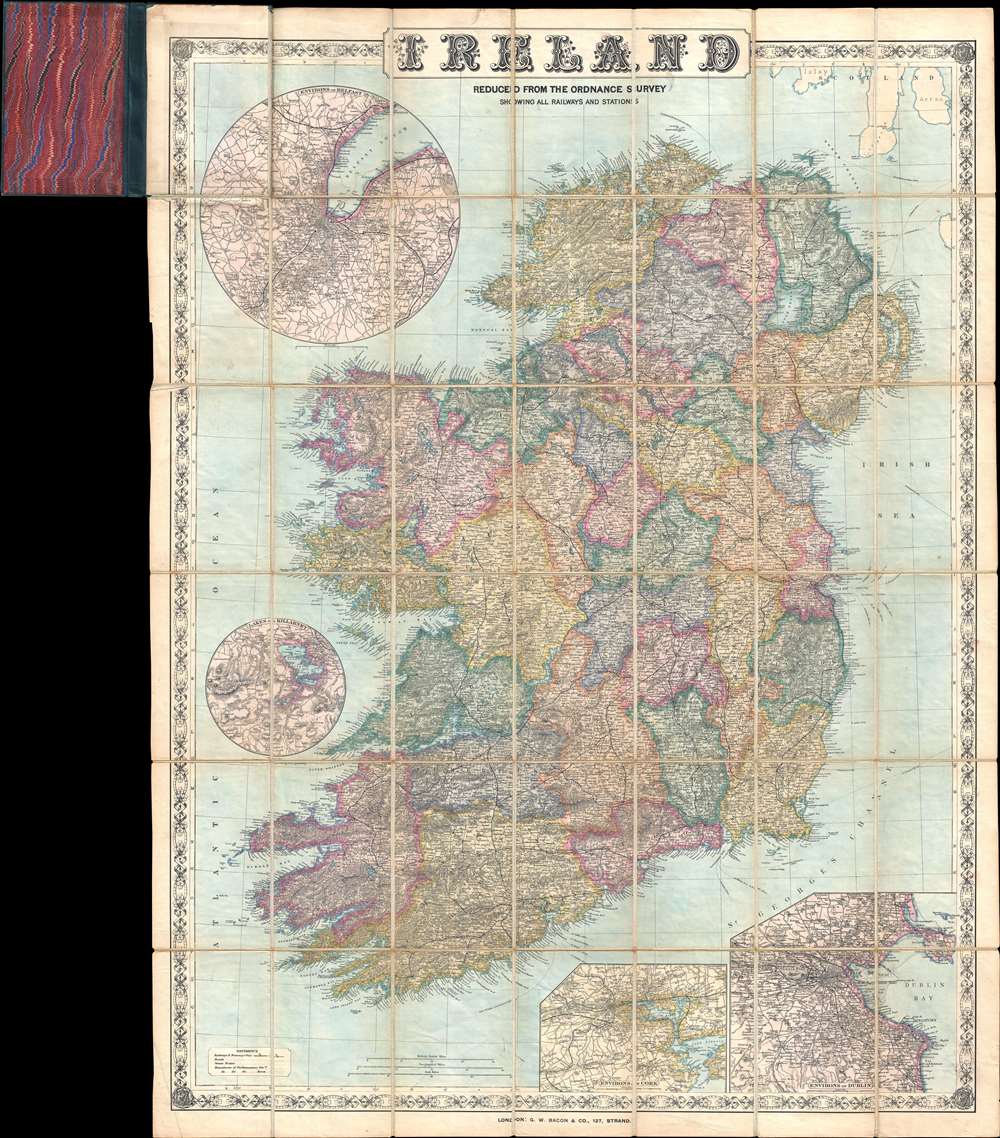 This is a c. 1885 George Washington Bacon pocket map of Ireland. The map depicts Ireland in full, from the Atlantic Ocean to the Irish Sea and from Scotland to St. George's Channel. Cities, towns, and villages are labeled, including Dublin, Belfast, Londonderry, and Cork. Roads are illustrated throughout, and the rail network is shown by black and white dashed lines. International steamship routes are also noted, including the route from Londonderry to New York City. A key, situated in the lower left explains all these notations. Four inset maps highlight different areas around Ireland. Two, located in the lower right corner, focus on the environs of Cork and the environs of Dublin, respectively. The Lakes of Killarney are illustrated in a circular inset situated in the Atlantic off the coast of County Clare, and finally a circular inset featuring the environs of Belfast is included in the upper left corner. The whole is surrounded by a charming border decorated with clovers.

This map was published by George Washington Bacon and Company c. 1885.

Very good. Dissected and mounted on linen in 42 panels. Light wear along original folds. Attached to original binder.
Looking for a high-resolution scan of this?