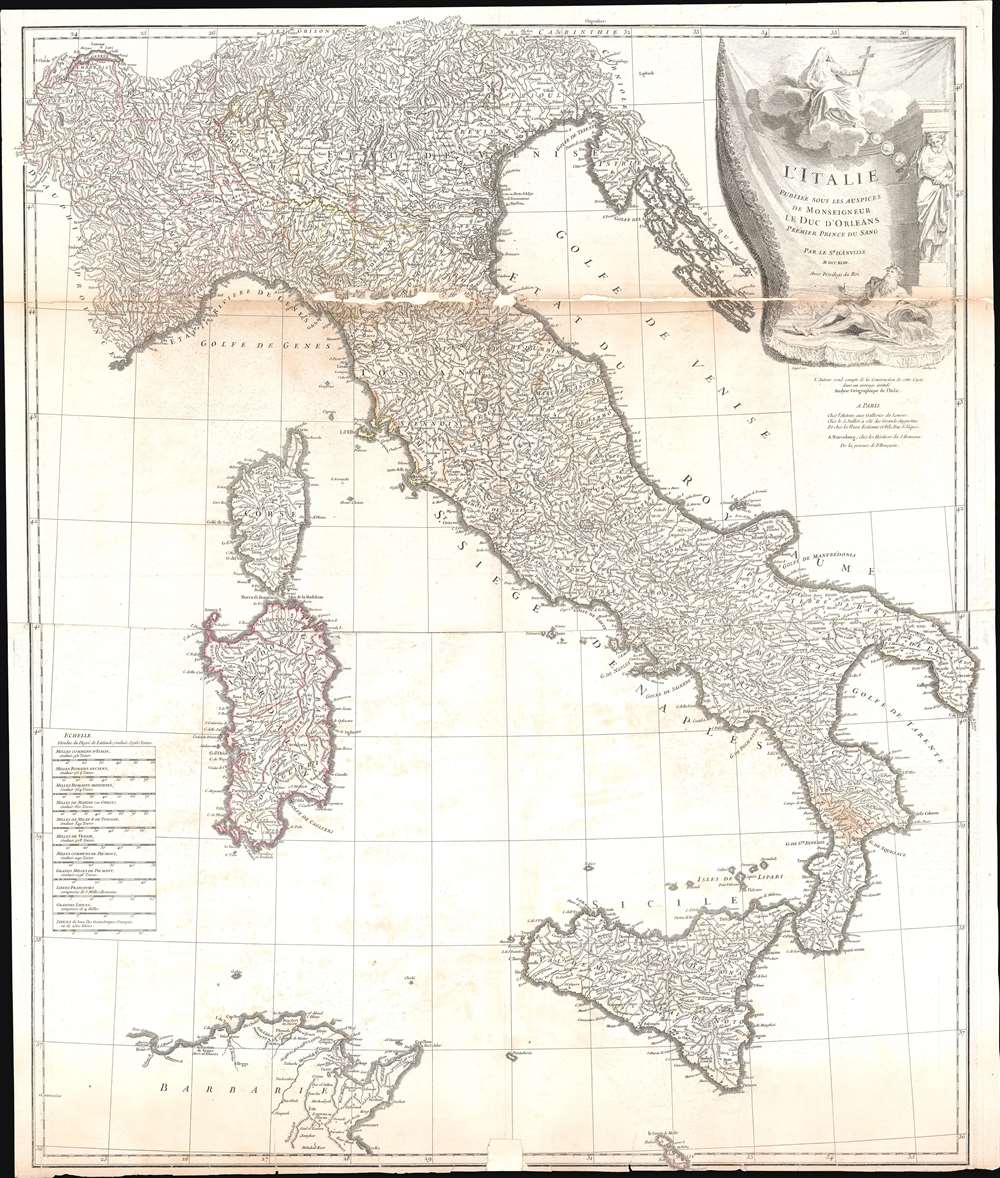 This is a 1743 Jean Baptiste Bourguignon d'Anville map of Italy. D'Anville's trademark detail is present throughout, with innumerable cities, towns, and villages identified. Rivers and lakes are illustrated and labeled, including Lake Geneva and Lake Como. Mount Etna and Mount Vesuvius are labeled as well. The Dalmatian coast, including modern-day Croatia, occupy the upper right quadrant and are situated next to a decorative title cartouche which adorns the upper right corner.

This map was created by Jean Baptiste Bourguignon d'Anville and published in 1743 in Paris. It was also published by Homann Heirs in Nuremburg. The map appeared in various made-to-order D'Anville atlases as well as separately.