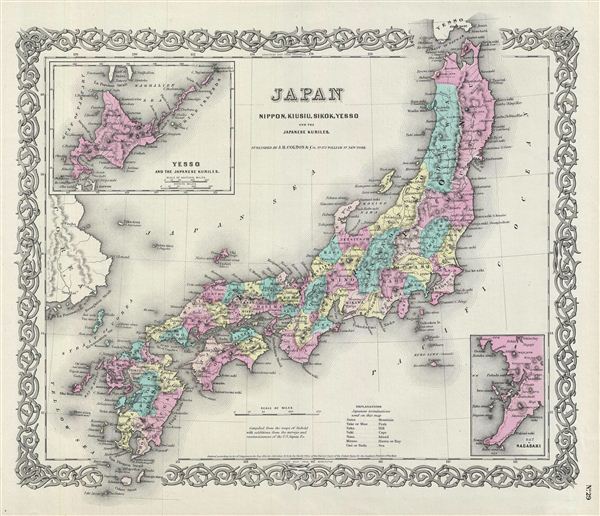 An excellent 1855 first edition example of Colton's map of Japan. Like most of Colton's Asia maps, this map was derived from an earlier wall map of the world produced by Colton and D. Griffing Johnson. Compiled from the work of Siebold and from the 1850 U.S. Japan expedition (Perry), this map covers the Japanese Islands from Kiusiu north to Yesso (Hokkaido). An inset map in the upper right focuses on Hokkaido or Yesso and the Japanese Kuriles. Another inset in the lower right quadrant details the Bay of Nagasaki.