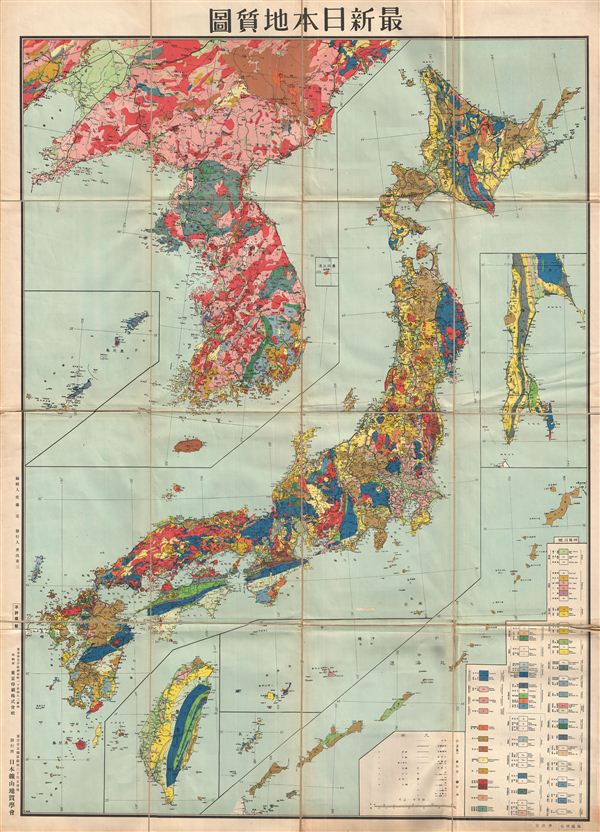 A scarce and attractive 1940 or Showa 15 geological map of Japan, including the annexed territories of Korea (Corea) and Taiwan. Issued by the Japan Mineral Geology Association, this map offers beautiful detail of the entire region with eight insets detailing Korea, Taiwan, and various island groups. It includes Sakhalin Island, which at the time was administered by Japan as the Karafuto Prefecture. Many of these territories passed from Japanese control following World War II. Presented on a scale of 1:2,000,000.

Good condiiton. Map has been dissected and mounted on linen from which it is coming free in places.
Looking for a high-resolution scan of this?