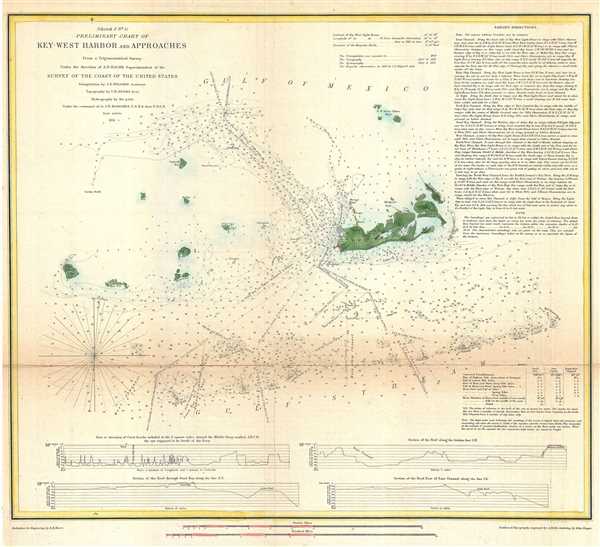 A scarce nautical chart of Key West and surroundings.