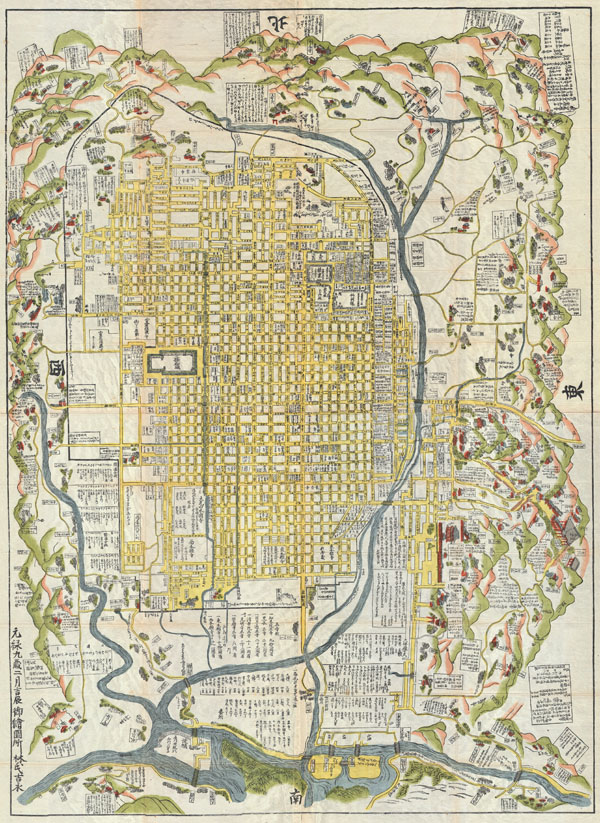 A rare and extraordinary 1696 Japanese woodblock map of Kyoto, Japan. Made in the early Edo period during the 9th year of the reign of the Emperor Genroku. Covers the city of Kyoto and its immediate vicinity. Like most early Japanese maps, this map does not have a firm directional orientation, rather all text radiates out from the center. Labels streets, waterways, mountains and important buildings. Though this map is dated 1696, we believe, based upon the paper used, that it may be a c. 1860 reissue.