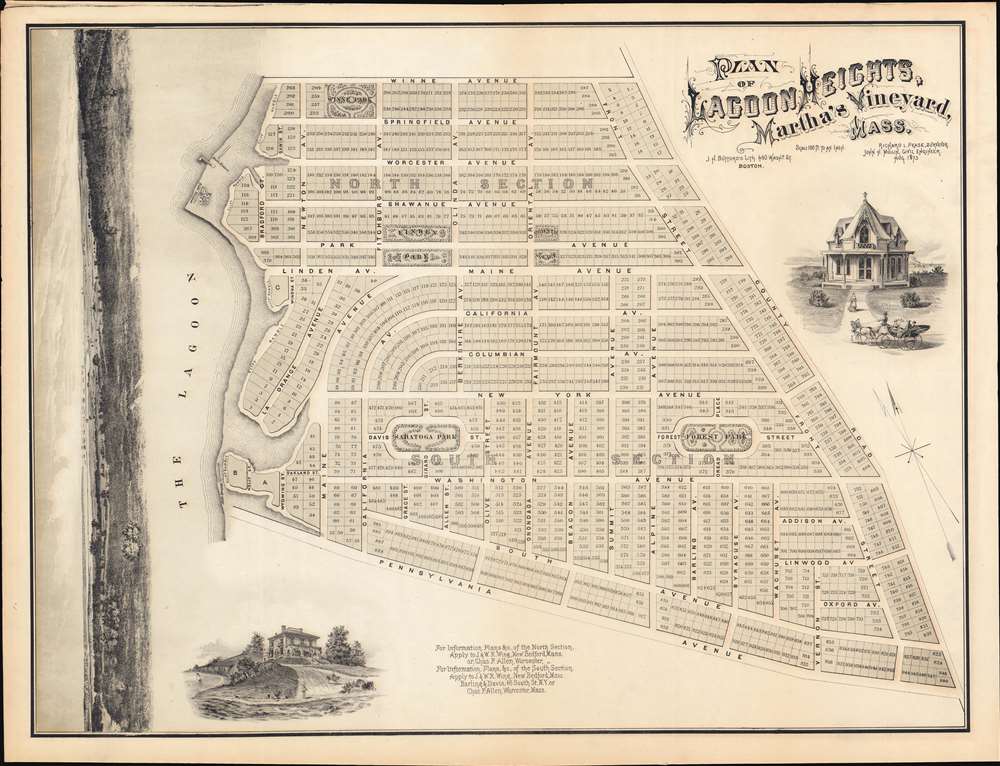 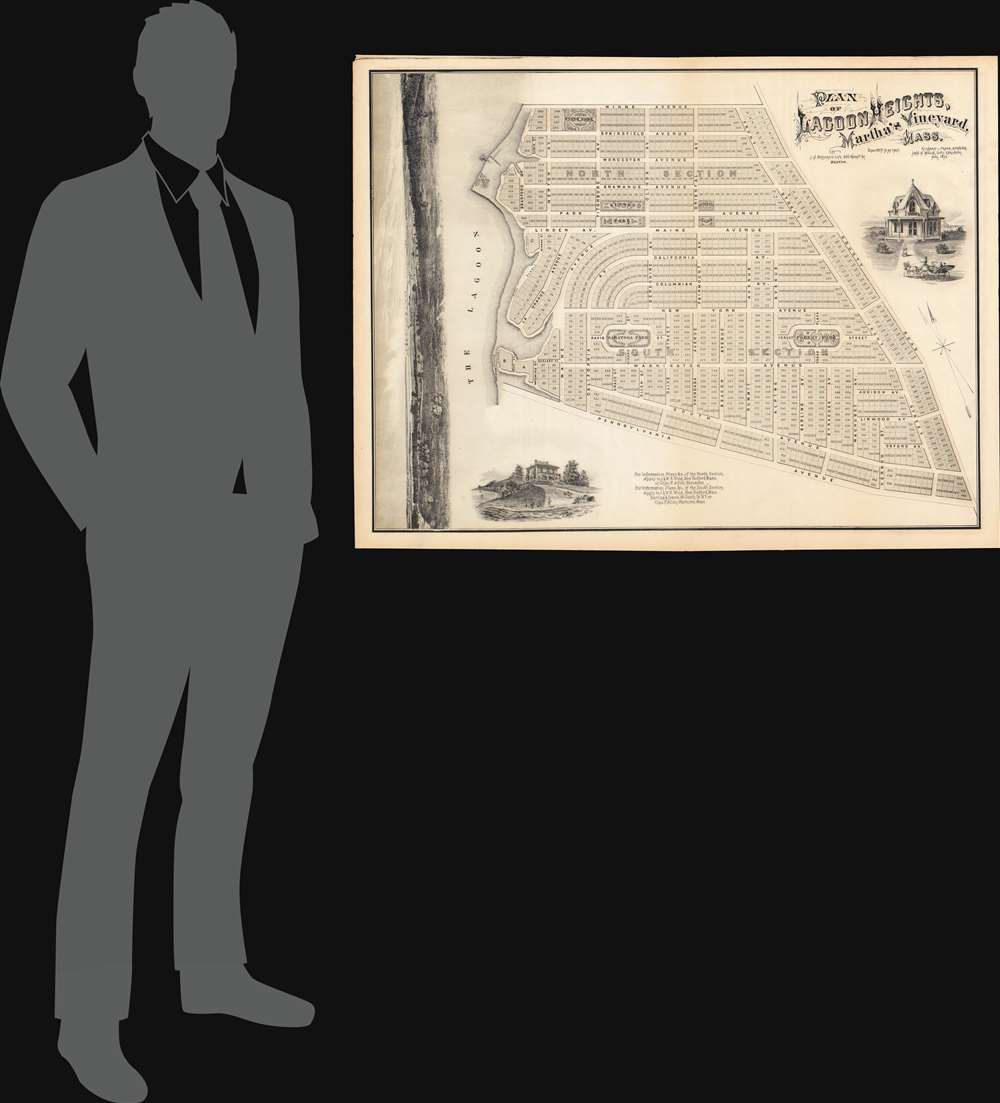 A beautiful 1873 promotional map of Lagoon Height, present-day Oak Bluffs, Martha's Vineyard, Massachusetts. The map consists of a detailed street plan with housing lots and parks, as well as wonderful vignettes of exceptionally elegant Victorian era summer homes. Along the left is a dramatic panoramic advertising the spectacular view potential home buyers might enjoy. A promotional imprint at the bottom center directs interested buyers to the attention of J. and W. R. Wing of New Bedford Massachusetts.

The modern-day town of Oak Bluffs was uninhabited until 1835, when it was selected as the site for Methodist and Baptist summer meetings. The meetings exposed the site as an extraordinary opportunity for development. The East Chop headland offered sweeping panoramic views of Vineyard Sound as well as easy access to the sheltered Lagoon Pond. The secularization of the headland was thus well underway.

The land was bought up by the firm of Joseph (1810 - 18??) and William Ricketson Wing (1830 - 1908), maritime outfitters and whaling speculators out of New Bedford. They wasted little time in promoting their new venture, placing an appealing advertisement in the Seaside Gazette, a Vineyard Grove newspaper active between 1872 and 1875,

Around the same time, the Wings must have commissioned Richard Pease, a surveyor, and John H. Mullin to lay out the new development. It must have been an extremely attractive offering. Even so, the winds of fortune were not with the Wing firm. Around the same time this broadside map was published, Jay Coode and Company, a powerful bank in Philadelphia, became overextended building the Northern Pacific Railway and fell into sudden bankruptcy, triggering the Panic of 1873.

The Boston lithography firm of J. H. Bufford compiled and printed this impressive broadside, which appeared early in 1873. Appears occasionally on the market.


Richard H. Pease (1813 - 1869) was an American merchant and lithographer active in Albany, New York, during the middle part of the 19th century. Pease is best recognized for his publication of America's first Christmas card for the 1849 -1850 holiday season. He also played a role in populating the American version of Santa Claus and tying it to consumerism in the holiday advertisements his produced for his 'Temple of Fancy or Pease's Great Variety Store.' Pease operated the Great Variety Store in tandem with his lithography business until he passed the store on to his son, Harry E. Pease, in 1855. The store was located at 516 Broadway, Albany. Pease also published hand-colored lithographs of fruit for Ebenezer Emmons’s book Agriculture of New York State, published between 1846 and 1854. From 1856 to 1867 he worked with the lithography firm of Hoffman, Knickerbocker and Co. Learn More...