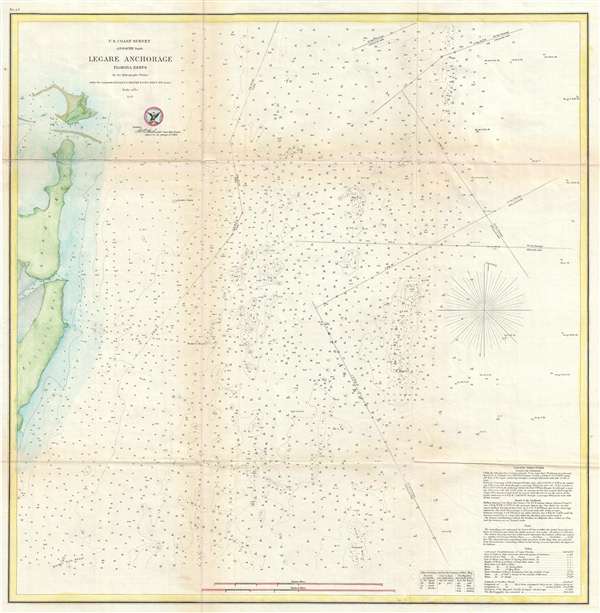 This is a hand colored 1857 U.S. Coast Survey chart of the Florida Keys. The map depicts Ragged Key, Sands' Key, and Elliot's Key and the Atlantic Ocean to the east of the Keys. A small portion of the Bay of Biscayne is shown along the left margin, although it is not labeled. Innumerable depth soundings are given and are 'expressed in feet to 18 feet, or within the dotted lines, beyond them in fathoms'. Legare Anchorage is noted on the chart. At the bottom right corner, sailing directions are included: bound to the northward directions are given first, followed by bound to the southward directions.