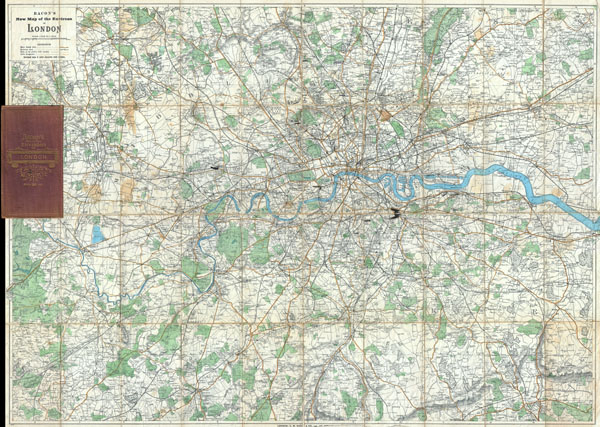 Very good. A could of minor ink marks near central London. Wear on original folds. Original linen backing in good condition. Detached from original red linen booklet - which is included.