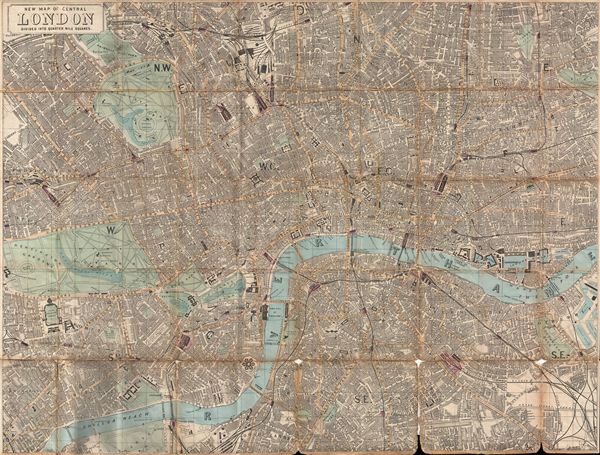 An uncommon miniature 1868 pocket map of London, england by James Reynolds. Centered on the Thames River, the map covers from Islington to Rotherhithe and from South Lambeth to Kensington Gardens. The map names all streets, rail lines, important buildings, parks, docks, bridges, and rail terminals. Maps of this type are commonly presented, as in this example, on linen for easy folding and unfolding. They were designed with the traveler in mind are sized to fit into a coat, or in this case, waist-coat, pocket. The present example is the second edition of this map published by Reynolds and Sons of 174 Strand Street, London.