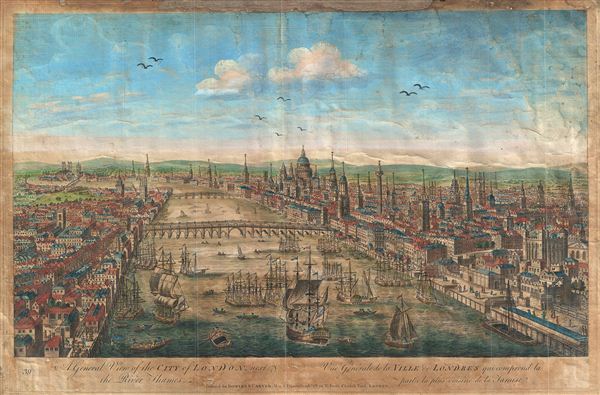 An attractive 1753 view of London set midstream on the Thames, looking west. Set amidst busy river commerce, this view shows London Bridge (foreground), Blackfriars Bridge (middle ground) and, around the bend, Westminster Bridge and Abbey. St. Paul's Church appears just to the right of Blackfriars Bridge. This view was printed by Carrington Bowles and Carver, 69 St. Paul's Church Yard, London, and listed in their 1753 catalogue under Perspective views in and about London. Another version was printed for C. Bowles' brother, John Bowles, located at Black Horse in Cornhill.1