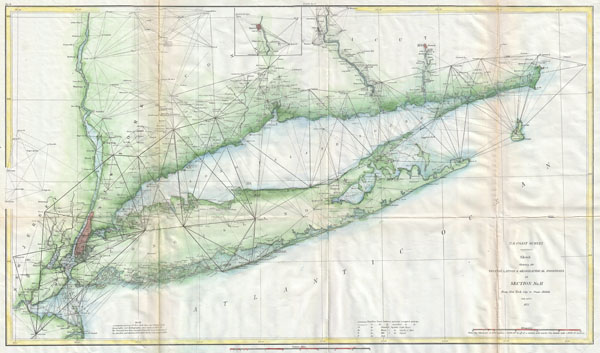 This is an attractive 1877 U.S. Coast Survey triangulation chart or nautical map of Long Island, New York. Covers from Staten Island and New York City eastward along Long Island and the coast of Connecticut to Block Island and Point Judith. Produced under the direction of Carlile Pollock Patterson for the 1877 edition of the Surveyor General's Report …

Report of the Superintendant of the U.S. Coast Survey, (1877 edition).