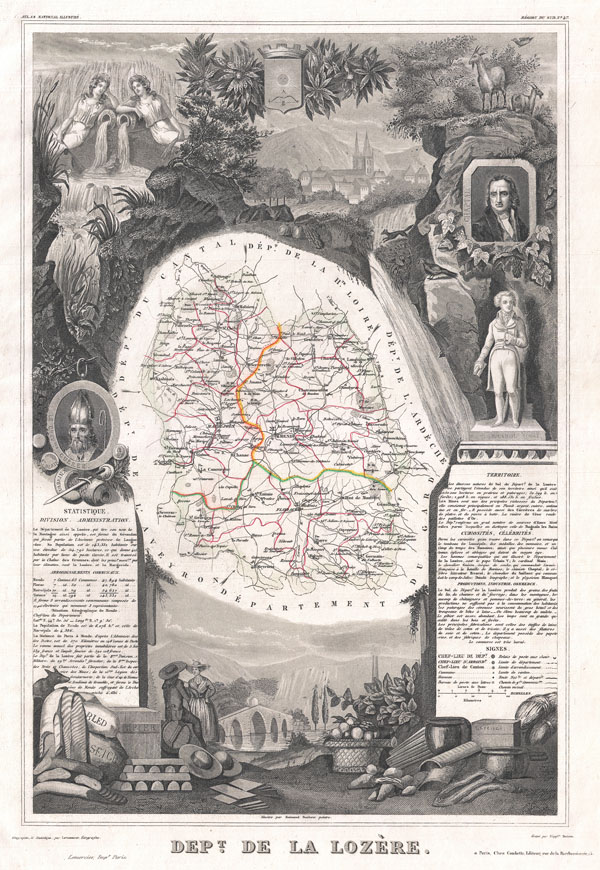 This is a fascinating 1852 map of the French department of Lozere, France. This remote mountainous part of Languedoc is rural, sparcely populated, and extremely beautiful. This area of France is famous for its cheese production. Their Roquefort, 'Bleu des Causses,' and Tomme de Lozère varieties, for instance, are world-renowned. The Pilgrimage to Santiago de Compostella also passes through the northern part of this region. The map proper is surrounded by elaborate decorative engravings designed to illustrate both the natural beauty and trade richness of the land. There is a short textual history of the regions depicted on both the left and right sides of the map. Published by V. Levasseur in the 1852 edition of his Atlas National de la France Illustree.