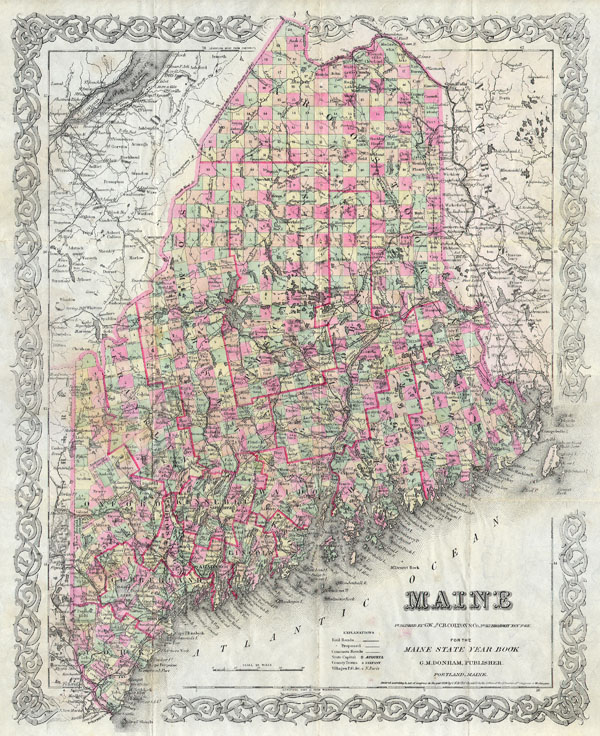 This is an unusual issue of the Colton's Maine map prepared for the Maine State Year Book. Though this map was published in 1894 as an independent issue map, it is essentially an updated version of the typical 1855 Colton's atlas map of Maine. It is also, curiously, made to mid rather than late 19th century standards. Their paper is thick and of a high quality and all of the coloring is by hand. This map is dated and copyrighted by G.W. & C. B. Colton and Co., 1894.