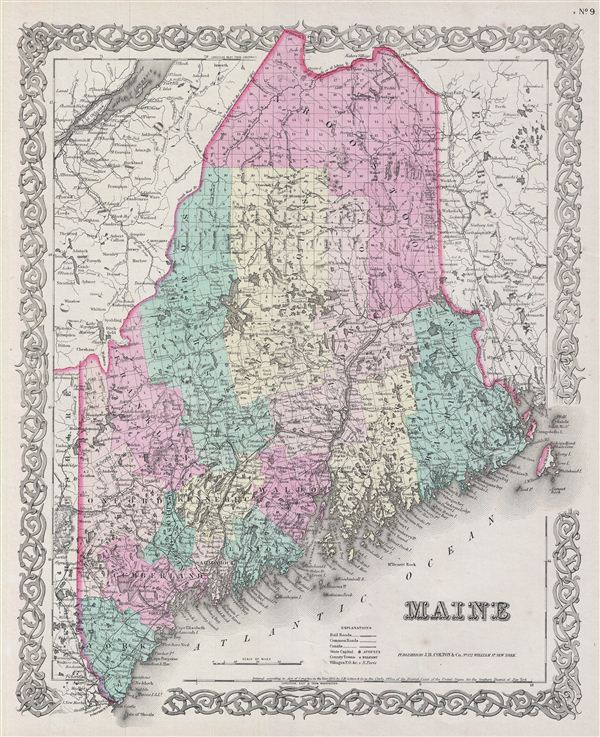 An excellent 1855 first edition example of Colton's map of Maine. Covers the entire state as well as adjacent parts of Canada. Like most of Colton's state maps, this map was derived from an earlier wall map of North America produced by Colton and D. Griffing Johnson. Colton follows the effective Maine-Canada border created by the Webster-Ashburton Treaty of 1842, however also indicates the post-Revolutionary War borders established by the Treaty of Paris, 1783. The map further details the proposed St. Andrews and Quebec Railway, construction plans of which were halted in the 1840s because of uncertainty over the international boundary of United States and Canada.

With the forming of the United States, Maine was established as an extension of Massachusetts, but its northern boundary with British America remained somewhat ambiguous. The final boundary was only established in 1842 by the Webster–Ashburton Treaty.