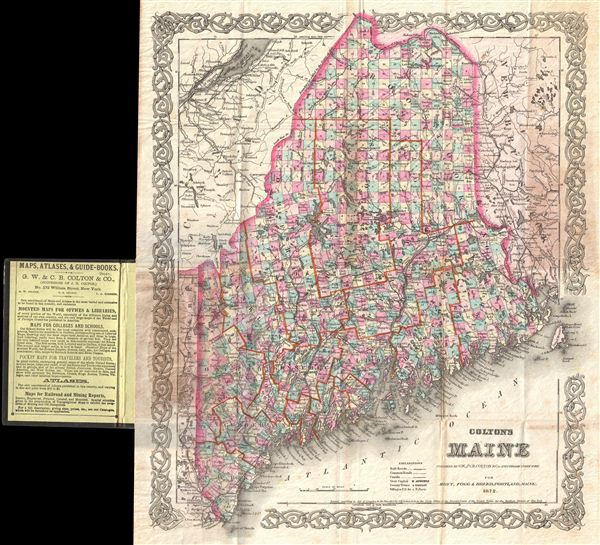 Colton's exquisite hand colored and highly detailed 1872 pocket map of Maine. This map is based on Colton's atlas map of 1855 but has been updates to reflect the 1872 county and township structure. Colton identifies various cities, towns, forts, rivers, rapids, fords, and an assortment of additional topographical details. Map is hand colored in pink, green, yellow and blue pastels to define county and state boundaries. Surrounded by Colton's typical spiral motif border. Dated and copyrighted to J. H. Colton, 1855. Published from Colton's 172 William Street Office in New York City. Issued in 1782 for Hyot, Fogg & Breed of Portland, Maine. Folds into its original linen binder.