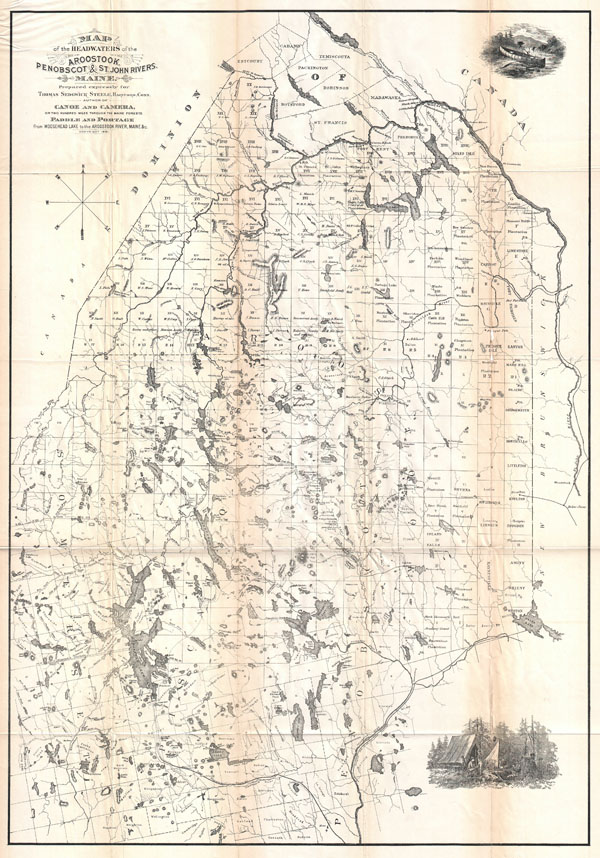 An attractive and important map of Maine published in 1881 for Thomas Sedgwick Steele's classic narrative of wilderness, Canoe and Camera. This is one of the first maps ever issued with the canoeist in mind. Covers Maine in full focusing on the various lake and rivers systems, specifically the Aroostook, Penobscot, and St. John, running throughout the state. Issued without color but features two attractive engravings, one of Steele's canoe at the top right and another of his camp at the bottom right. Both engravings are based on Steele's paintings.