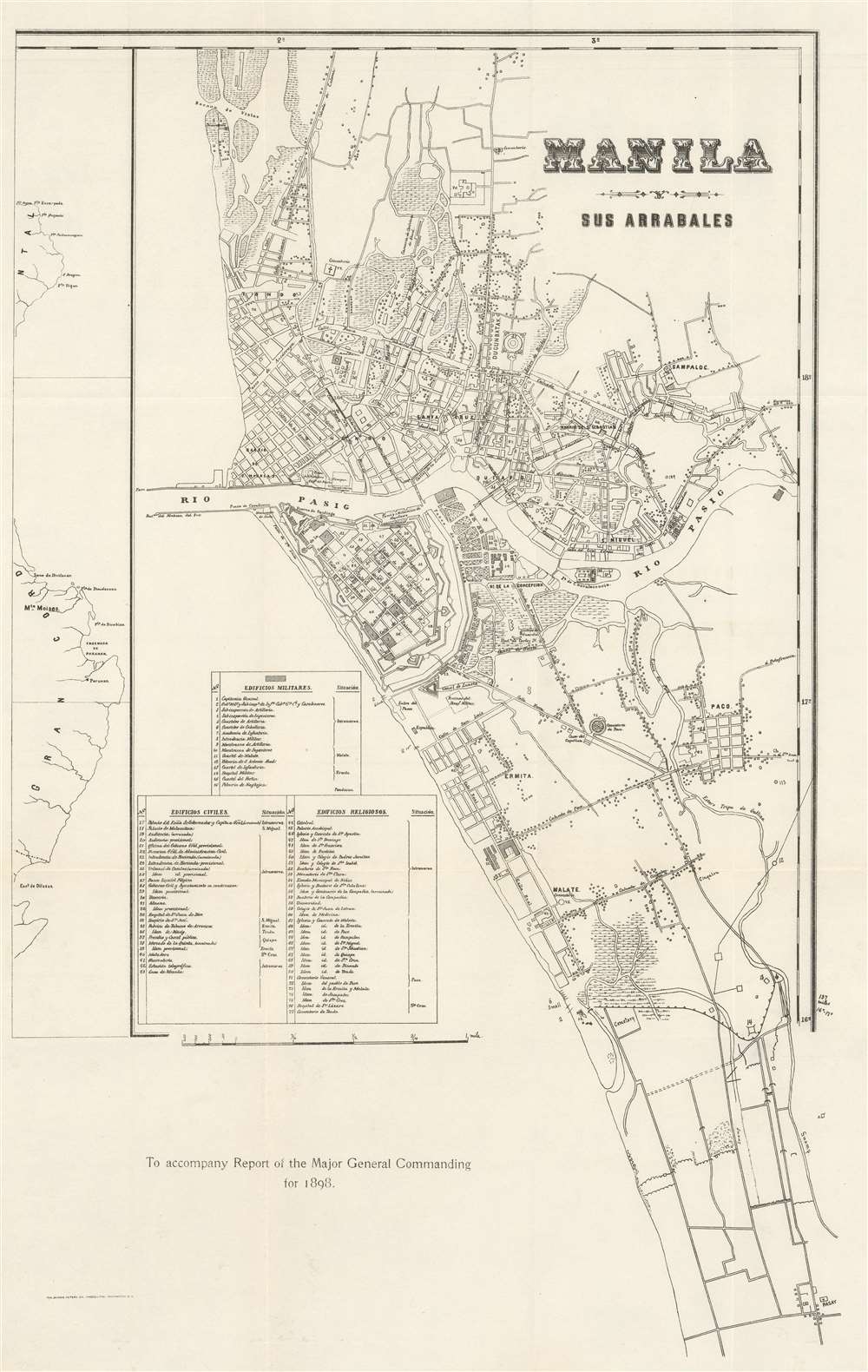 This is an 1898 Norris Peters edition of a Francisco J. de Gamoneda map or city plan of Manila, the Philippines and was printed to accompany the report of the Major General commanding in the Philippines, who was also the military governor. The map depicts the city from the Barrio de S. Nicolas to Pasay and from the Bocana de Vistas to Pasay. The Pasig River divides the city in two, just as it does today. Highly detailed, roads, neighborhoods and civic sites, such as cemeteries, are labeled. There is an index along the left margin which lists seventy-seven military, civil, and religious sites around the city.

The map was printed by The Norris Peters Company of Washington D.C. to accompany a report of the Major General Commanding in the Philippines for 1898. It was extracted from an inset on the 1898 Francisco J. de Gamoneda wall map of the Philippines.