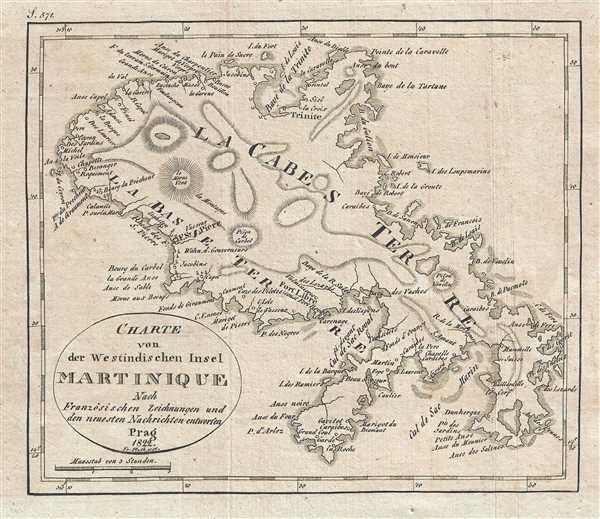 A stunning depiction of the Caribbean paradise.
$125.00

This is an 1822 Franz Pluth map of Martinique. Highly detailed, the map depicts the entirety of the island. Numerous towns and villages are labeled, including Fort Libre, which would become Fort de France, the island's current capital. Trinité and Fort Saint Pierre are also labeled, which most likely are the influences behind the names for Martinique's arrondissements. Locations all along the island's coast are labeled, including bays and harbors. Topography is illustrated by hachure. As an overseas department of France, Martinique is currently part of the European Union.