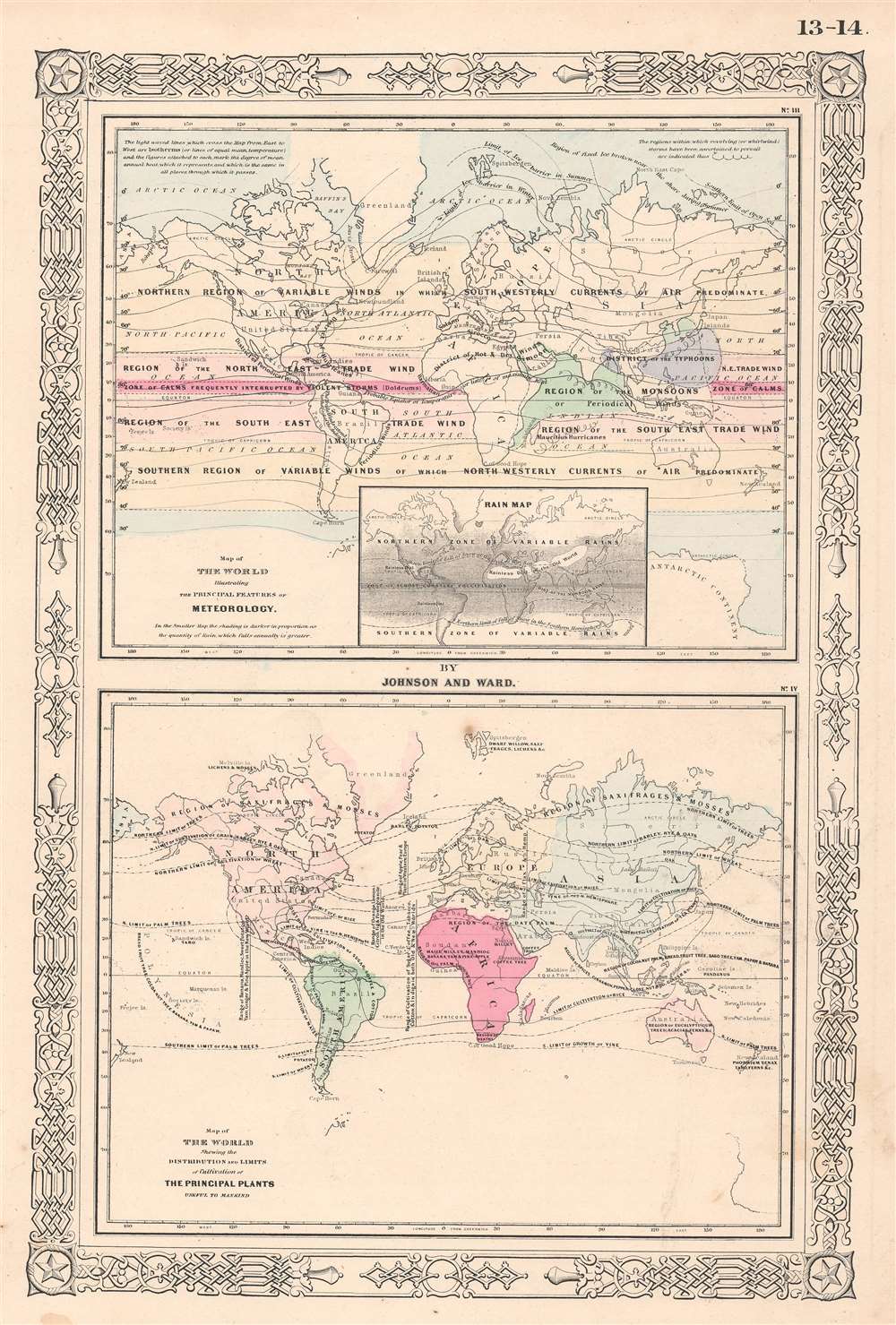 This is one of thematic world map sets from the 1863 edition of Johnson and Ward's New Illustrated Family Atlas. Featuring two maps within a single border, the upper map depicts the world's meteorological patterns and the lower map displays the distributions of important commercial plants around the globe, while focusing on the major cash crops of the time: coffee, tobacco, and cotton. The whole is decorated with the fretwork border common to Johnson's atlas work from 1863 to 1869.

The upper map uses color to highlight different zones, with particular emphasis on wind conditions. Continents and some countries are labeled, along with islands in the Pacific. Ice barriers are noted in the Arctic. An inset along the bottom border illustrates the rainfall characteristics of different regions, including those that are 'rainless'.

Johnson uses color to highlight the continents. He employs lines (much like the lines used to illustrate winds in the upper map) to mark the 'limit of cultivation' of different crops. Bars illustrate the range of cultivation for other crops, portraying wide swaths of the world as capable of growing these plants.

This map was printed by Johnson and Ward as plate nos. 13-14 in the 1863 Civil War edition of Johnson's Family Atlas.