1930 View of the Magnificent Mile, Michigan Avenue and Jackson, Chicago 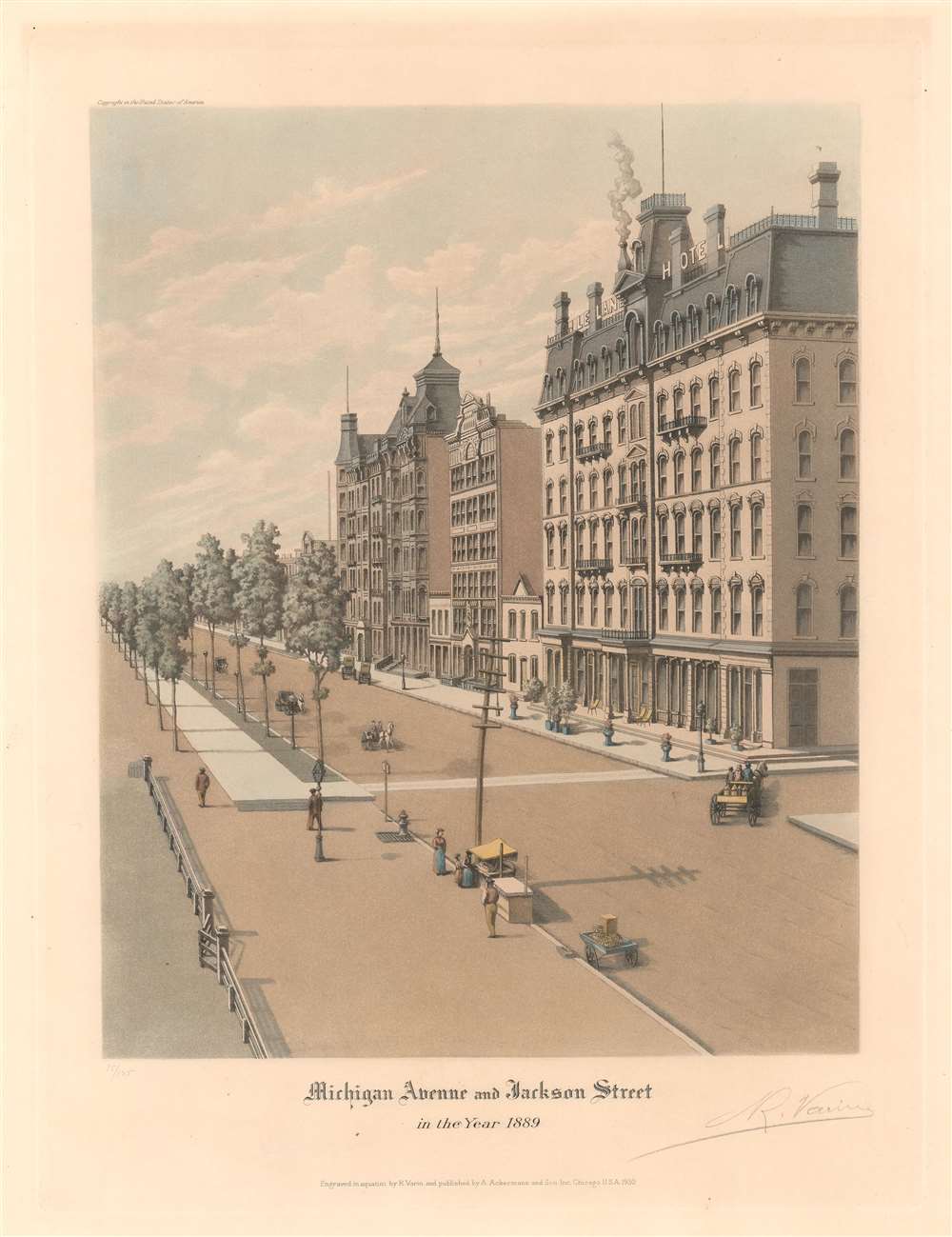 1930 View of the Magnificent Mile, Michigan Avenue and Jackson, Chicago

The Leland Hotel, then called the Gardner House, opened its doors on October 1, 1872, and holds the distinction of being the first hotel to open in the burn zone following the 1871 Great Chicago Fire. Gardner House was built by Horation H. Gardner, treasurer of the Gardner and Spry Lumber Company, at about $600,000. Gardner and his partner Frederick Gould managed the hotel until 1875 when it entered an era of continually changing owners from 1876 until early 1881 when Warren F. Leland purchased Gardner House. When Leland purchased Gardner House, it has fallen into disrepair, and he spent $130,000 (on top of the purchase price of $200,000) renovating and rearranging the hotel. After his renovations were finished, the Leland Hotel was recognized as one of the finest buildings in Chicago and quickly earned a reputation as one of the finest hotels in the western United States.

We have been unable to determine the source print for this piece.

This view was created by Raoul Varin and published by A. Ackermann and Son in Chicago in 1930. Varin produced a series of thirty-one views of Chicago between 1926 and 1932, each issued in a limited edition of 125 prints. The present print is hand-numbered in the lower-left corner and is number 75 of 125. It is signed by Varin on the lower right. Today, Varin's prints are known to have suffered from poor framing and are generally not in the best condition. The presently offered print, however, is stunning. We are aware of no other surviving examples of the present print.

Very good. Even overall toning. Signed and numbered by artist. Blank on verso.
Looking for a high-resolution scan of this?