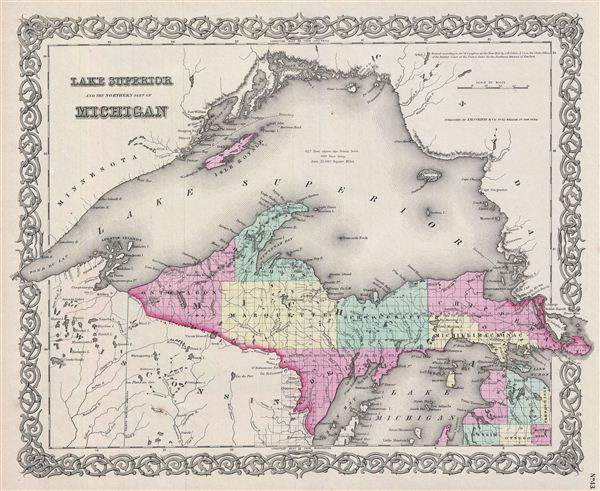 An excellent 1855 first edition example of Colton's map of Lake Superior and Northern Michigan. Like most of Colton's state maps, this map was derived from an earlier wall map of North America produced by Colton and D. Griffing Johnson. Centered on Lake Superior, this map covers the northern lower part of the state from Lake Superior in the north to Lake Michigan in the south. Also includes Isle Royale. Peninsular northern Michigan is known for its vast forests and rugged beauty. This map was issued at the height of the American westward expansion and just prior to the American Civil War.