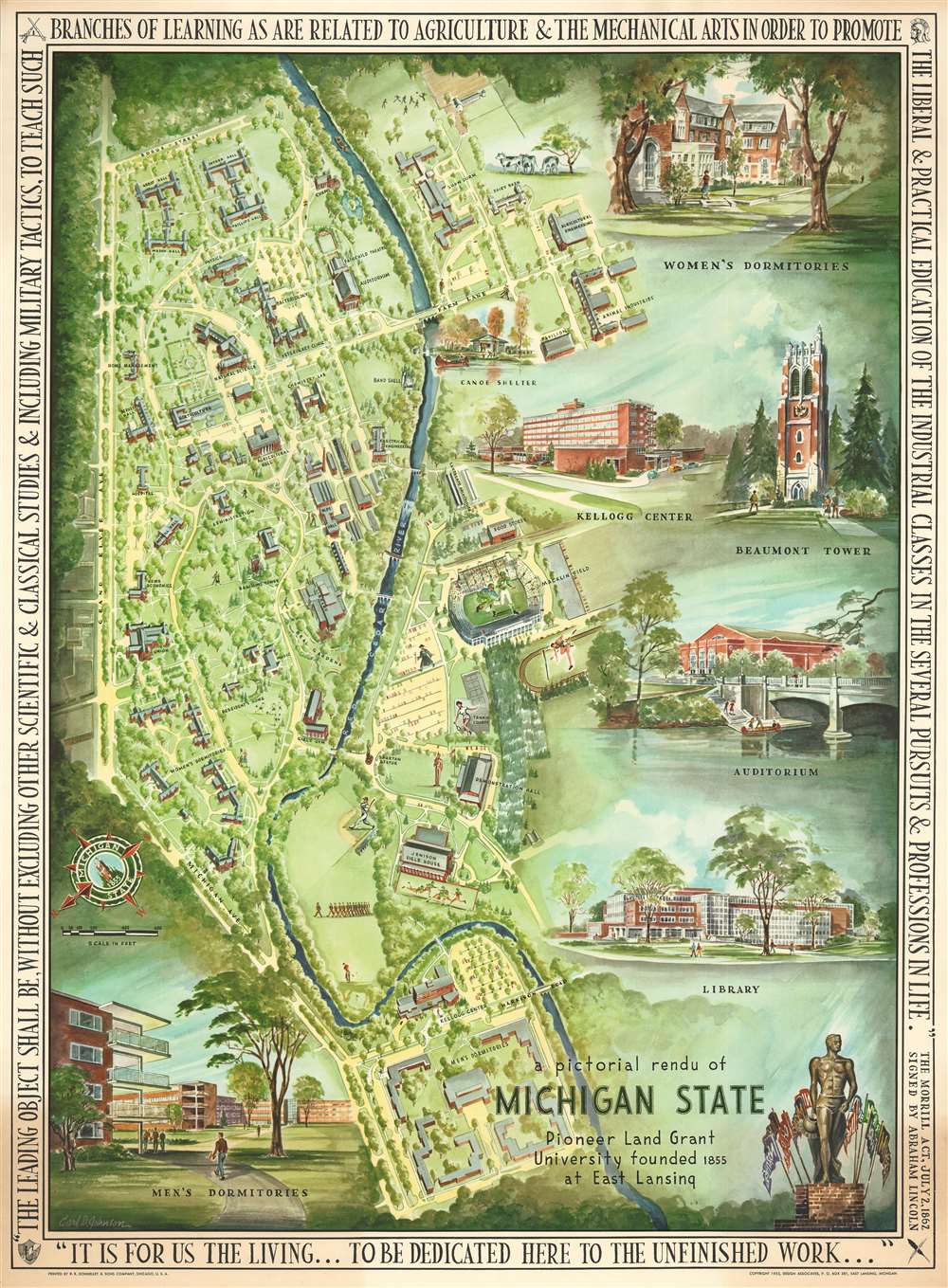 A stunning 1955 pictorial map of Michigan State University drawn by the recent (1951) alumni Carl David Johnson. The map is oriented to the southeast and illustrates the bounds of Michigan State's original and 1855 land grant, incorporating modern buildings and facilities to 1955. It was made to celebrate the 100 the anniversary of the founding of Michigan State. The left-hand side of the map serves as a pictorial map of the campus, with all buildings and statues illustrates. The more important buildings, including the men's and women's dormitories, the library, auditorium, Beaumont Towner, and the Kellogg Center illustrated in vignette form.

This map was published in 1955 based upon a watercolor by the landscape designer Carl David Johnson. It was printed by R. R. Donnelley and Sons in Chicago and published by Design Associates. This map has now become quite scarce, with examples held at just 4 institutions, including Michigan State and the University of Michigan.

Carl David Johnson (October 3, 1926 - October 24, 2010) was an American landscape designer and artist. Johnson was born in Lansing, Michigan and was drafted into the army on June 18 of 1945. Following his service in World War II, Johnson took a degree from Michigan State University, graduating in 1951 with degrees in urban planning and landscape architecture. Ten years later in 1961, he partnered with his brother William Johnson and friend Clarence Roy, to found the landscape design firm of Johnson, Johansson and Roy. The firm was prosperous and completed projects around the company. Johnson also taught at the University of Michigan for 29 years.

Very good. Slight toning.
Looking for a high-resolution scan of this?