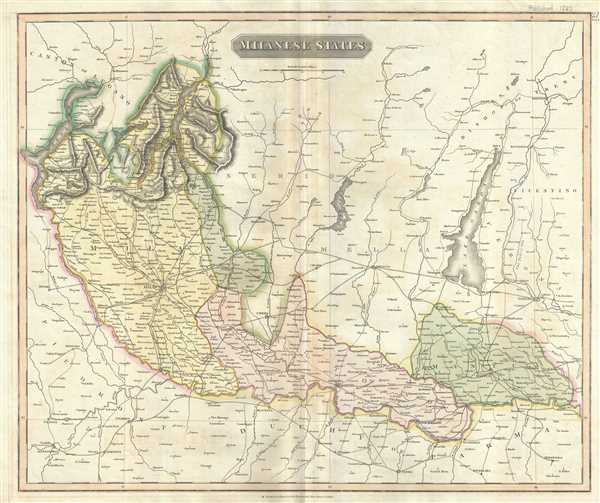 This fascinating hand colored 1817 map by Edinburgh cartographer John Thomson depicts the Milanese States of northern Italy. These include Milan, Alto Po and Mantua. Bounded on the south by Parma and on the west by Piedmont. This area is depicted in impressive detail including roads, rivers, cities, lakes and mountains noted throughout. One of the most attractive maps of Milan, Mantua and Alto Po appearing in the early 19th century. This map was prepared by John Thomson for inclusion in the 1817 edition of Thomson's New General Atlas.