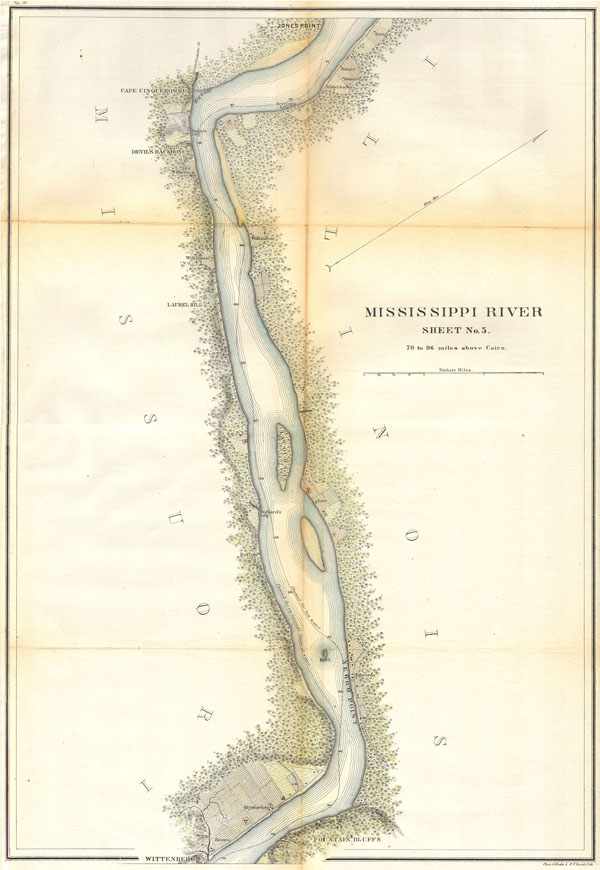 This is a beautiful hand colored 1865 United States Costal Survey chart or map of a part of the Mississippi River between Illinois and Missouri, roughly between 78 and 96 miles above Cairo, Illinois. Sheet five of a six sheet set depicting the Mississippi River from Cairo Illinois to St. Mary's Missouri. The bends in the river are named, as are the many river islands shown. Notes towns, wood lots, landings and farms, many of which are shown with family names. Produced under the supervision of A. D. Bache in 1865. Professionally rebacked and beautifully hand colored.