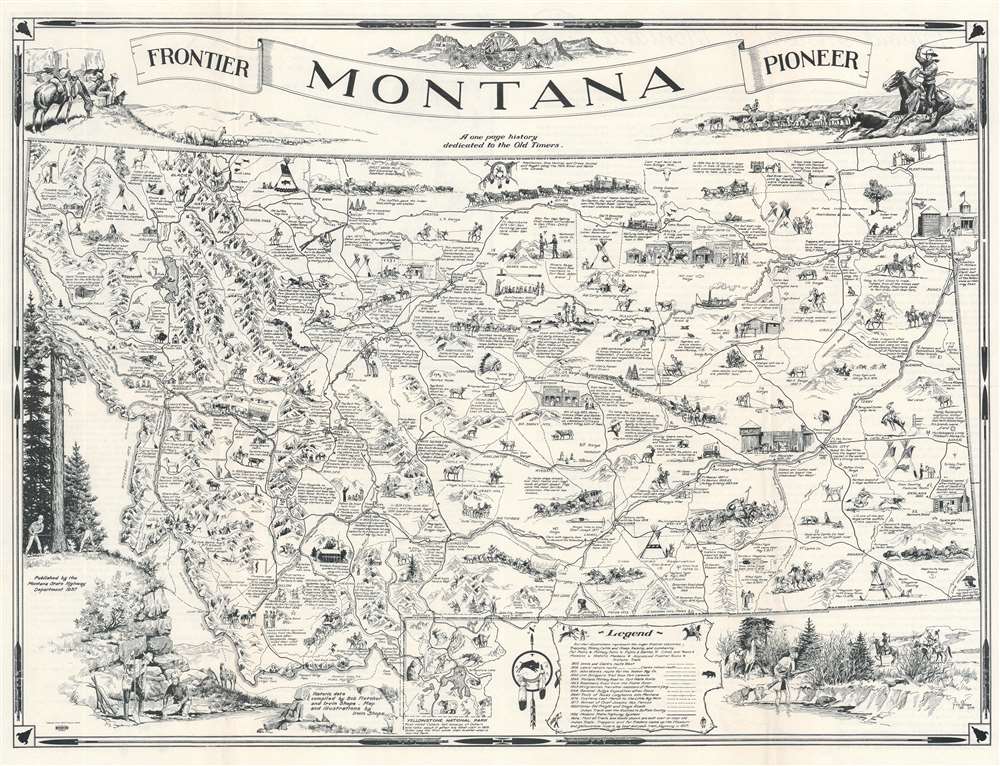 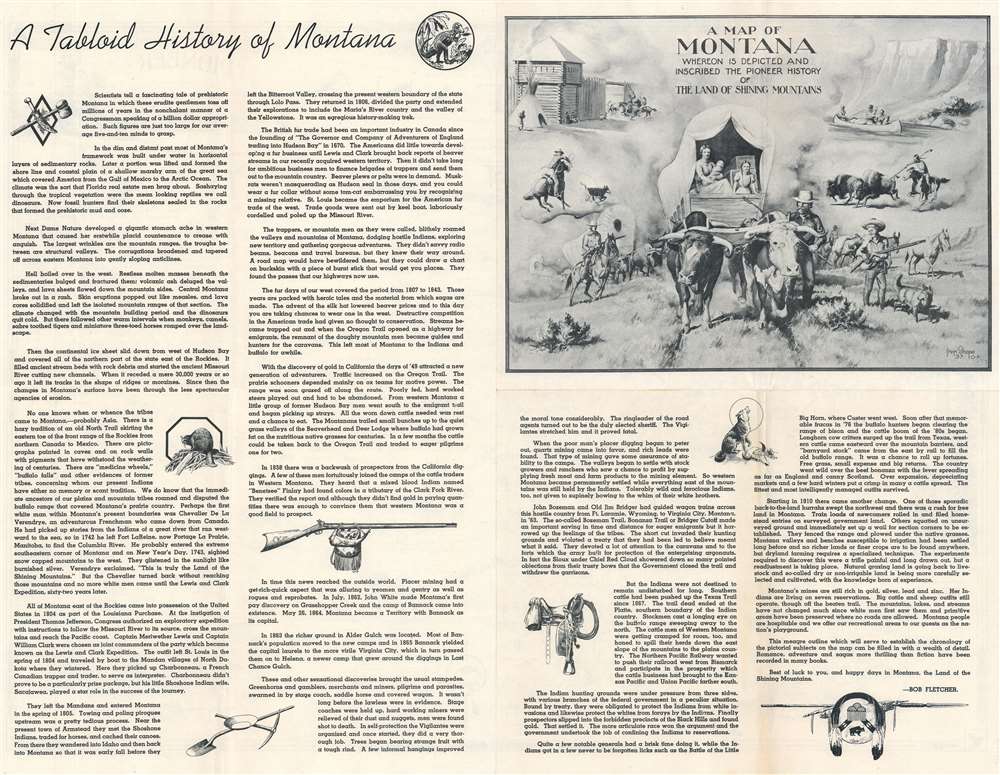 This is a 1937 Irvin Shope pictorial map of Montana. The map depicts the state from Idaho to the Dakotas and from Canada to Wyoming, including Yellowstone National Park. The map is highly detailed, with captions, vignettes, and other illustrations populating it, offering a rich visual representation of Montana's history. Most captions recount tales of the Wild West. Outlaws, vigilantes, and frontier violence and vigilante 'justice' abound. Others inform on more conventional milestones, such as the location of the first Territorial Legislature, or that Virginia City was the first capital of the Montana Territory. Numerous cities and towns appear, including Helena, Missoula, and Bozeman. Vignettes frame the map, illustrating 'the major frontier industries: trapping, mining, cattle and sheep raising, and lumbering'.

This map was created by Irvin Shope in 1936 and published by the Montana State Highway Department in 1937. This map is well represented institutionally.

Very good. Text on verso. One of the cleanest examples we have encountered.