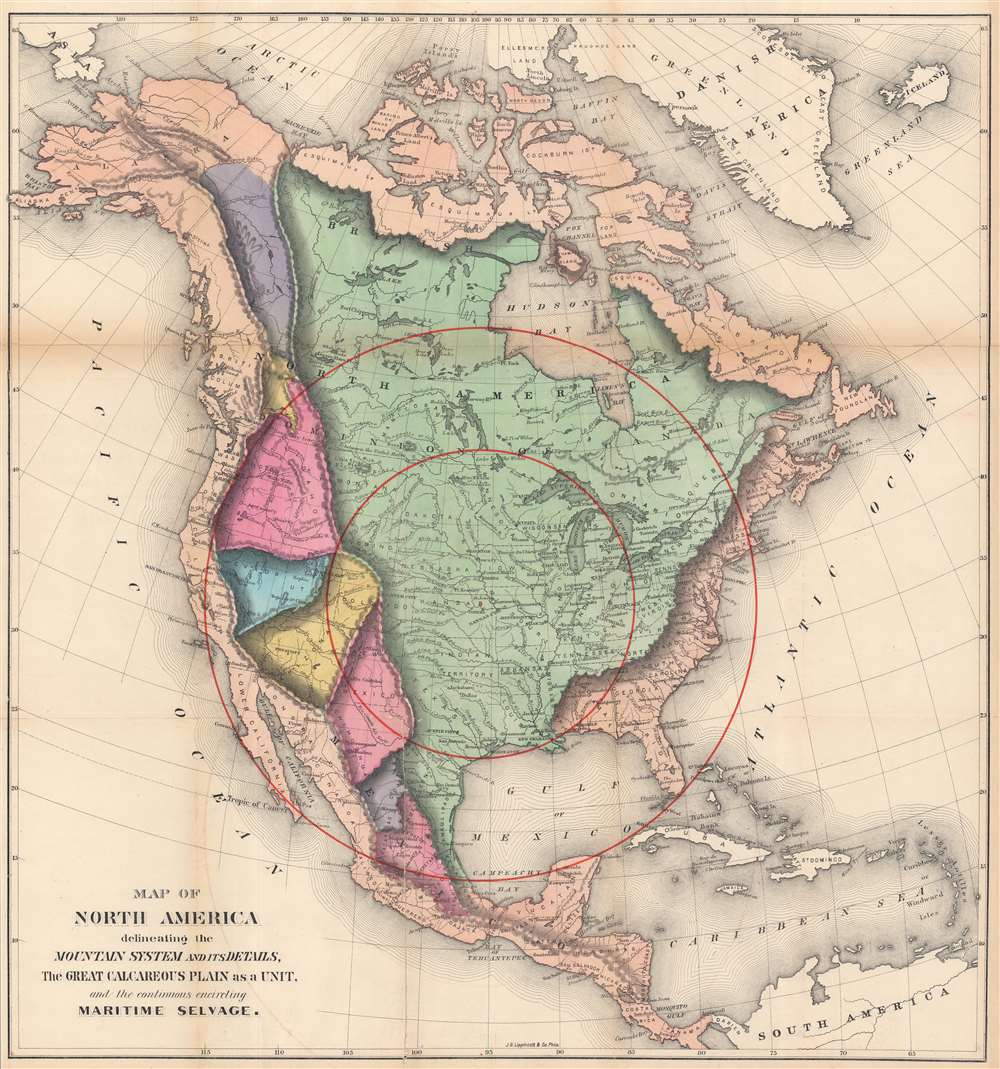 This is an 1873 William Gilpin geological map of North and Central America. This map is the first map from Gilpin's book Mission of the North American People. A beautifully colored map, two different 'systems' are illustrated: the mountain system in detail and the 'Great Calcareous Plain' as a 'unit'. Thus, no division is illustrated between different regions of the 'Great Calcareous Plain', whereas regional differences in the mountains of North America are depicted with color. Several concentric circles are meant to show 'maritime selvage'. Our research did not provide us with a satisfactory explanation of this phrase.

Gilpin advocated several outdated climatological theories, which he expounds on in Mission. One such is that the ‘rain follows the plow.’ He thought that cultivating and settling the American West would increase rainfall, making it as verdant as the eastern part of the continent.

The map was produced by William Gilpin and published by J. B. Lippincott and Company of Philadelphia in 1873. We note an empty OCLC reference and a single cataloged example, located in the David Rumsey Map Collection.