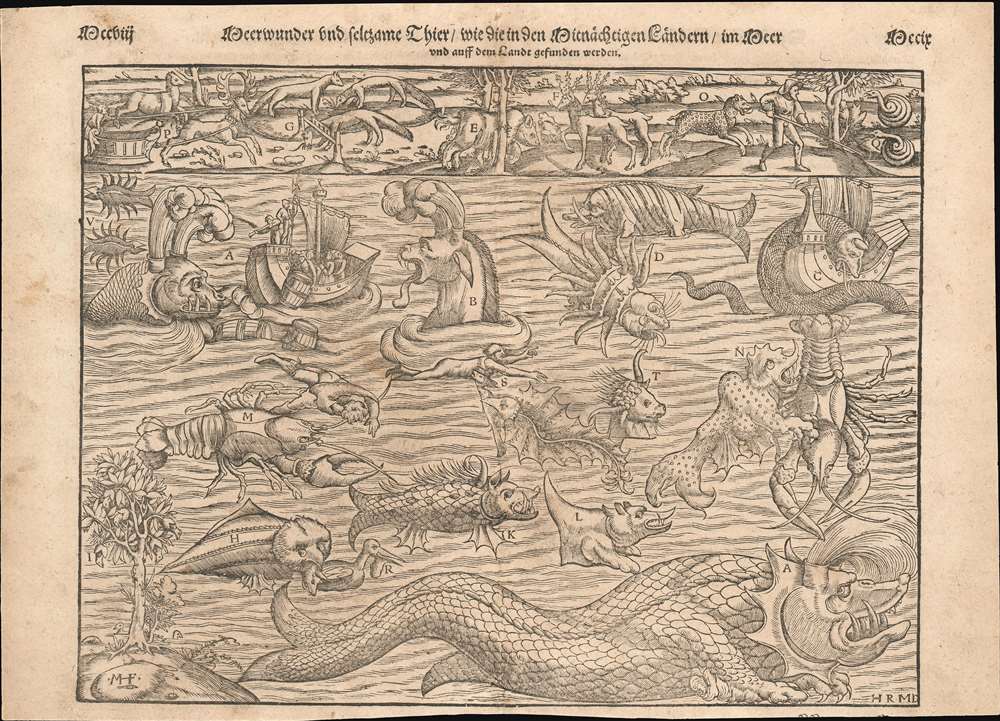 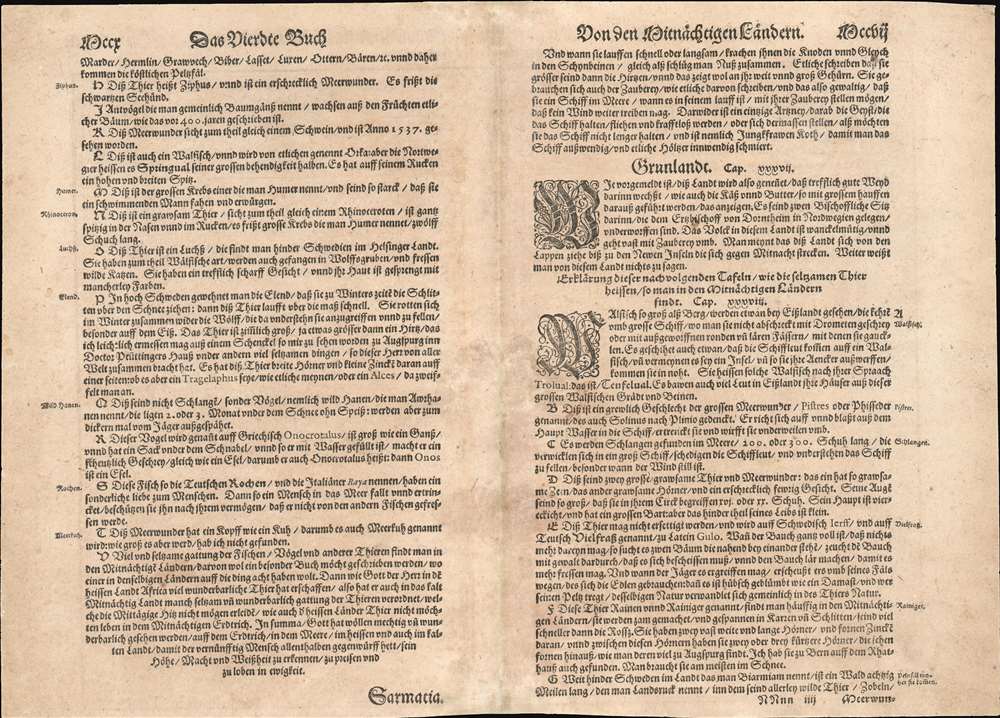 Often euphemistically referred to as Munster's Monsters, this is Sebastian Munster's bestiary of sea serpents and other terrifying monsters, some fictional, some real, that was included in Munster's Cosmographia, which for more than half a century provided the European literate layperson their best source of information about the world away from their homes. Most of the beasts here are derived from a 1539 map of Scandinavia drawn by Olaus Magnus. Although Munster's Monsters may initially seem fabulous and scary, many are based upon or outright depictions of the factual creatures that Scandinavian sailors and whalemen actually encountered. This woodcut was composed by the Swiss artist Hans Rudolf Manuel Deutsch, who produced many of Munster's woodcuts. The actual Formschneider is unknown beyond his initials, M-F, which appear along with 'Deutsch's HR-MD.'

Munster's Cosmographia was a popular work, and as many as fifty thousand were printed. While many of these did not survive, individual maps do appear on the market from time to time. The separate woodcut is neglected in institutional collections, although the full work is well represented in institutional collections. The typography of this specific example is consistent with the 1598 example digitized by the Bibliothèque Nationale de France.