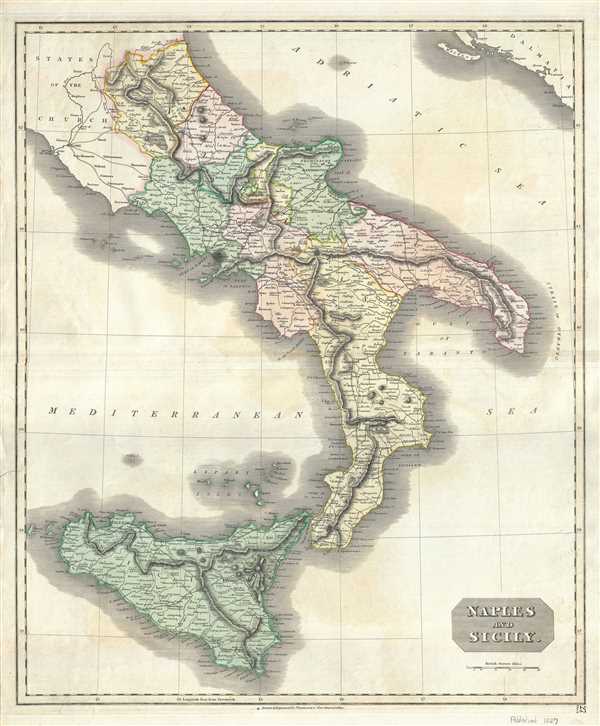 Large hand colored map of southern Italy or the Kingdom of the Two Sicilies.
$400.00

This fascinating hand colored 1817 map by Edinburgh cartographer John Thomson depicts southern Italy. It covers from Rome south to the island of Sicily depicting the Kingdom of Naples (a common reference for the 'Kingdom of the Two Sicilies'), which extended from the Papal States south to include all of Sicily. Notes extraordinarily details with notations on both physical and political features.

This map's magnificent size, beautiful color, and high detail make this one of the finest maps of this region to appear in the early 19th century. Prepared by John Thomson for inclusion in the 1817 edition of Thomson's New General Atlas.

Very good. Minor wear and verso repair along original centerfold. Original platemark visible. Overall toning and foxing at places.
Looking for a high-resolution scan of this?